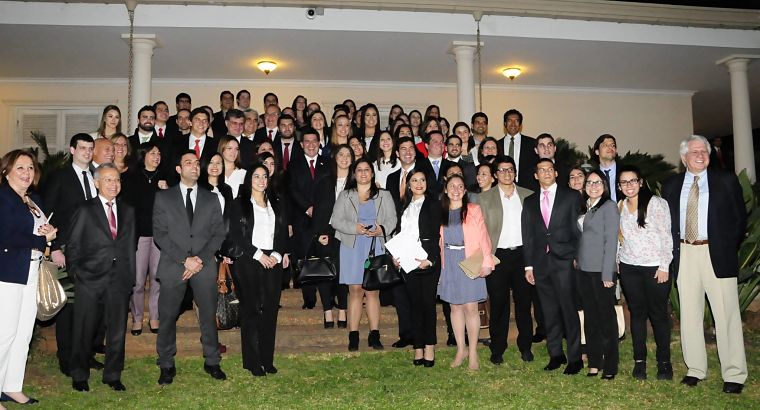 LatinaLista — For any country, its future may rest with the next generation but its prosperity depends on that generation’s educational levels. Paraguay understands this, or at least they did. The government invested $75,000 to create the five-year Don Carlos Antonio López National Scholarship Program for Study Abroad (CAL) for graduate students. Those pursuing Master’s and Doctorate degrees in the fields of science and technology were awarded the inaugural scholarship that funds their studies outside the country.

Carlos Antonio Lopez was a Paraguayan dictator from 1792-1862 who is credited with bringing Paraguay into prosperity by ending the country’s isolationism and allowing foreign scholars, artists, and architects to establish schools and institutions.

The scholarship, announced with much fanfare by the government, recently awarded its first class of 89 recipients money for 2015-2020, covering full tuition costs, round-trip airfare, stipends to cover books, basic living expenses and medical insurance for the scholarship recipient and his/her spouse and children. The only requirement is that after they graduate, the recipients must return to live in Paraguay for a period of five years.

By any measure, such a scholarship is a too-good-to-believe dream for cash-strapped students. Unfortunately, for some that’s just what it was.

With students due to fly off to start school in such faraway cities as New York City, Barcelona, Bologna, London, Paris and Geneva, the government decided at the last minute to not keep their promise of paying for some of the students’ expenses.

Needless to say, the affected students are not happy and some fear they’ll have to withdraw from the program because they don’t have enough money to cover their expenses, which were promised to be paid by the government program. The students released a letter asking the government to honor its initial promise.

In their letter, the students wrote that behind every scholarship recipient is a family, a family that made the decision as a team to apply for the scholarship and as a family is suffering or will suffer the consequences of a criteria that was changed on this first cohort of recipients.

Fields of study among some of the students included medicine, financial risk management, public policy, chemical innovation and regulation, engineering science, human rights, international relations, etc. — all fields that are known to help elevate a country within its own borders and on the global stage. Fields that can only benefit Paraguay in the future — if those studies are completed.