The murder of Mexican teen at the hands of U.S. Border Patrol agent raises constitutional issue 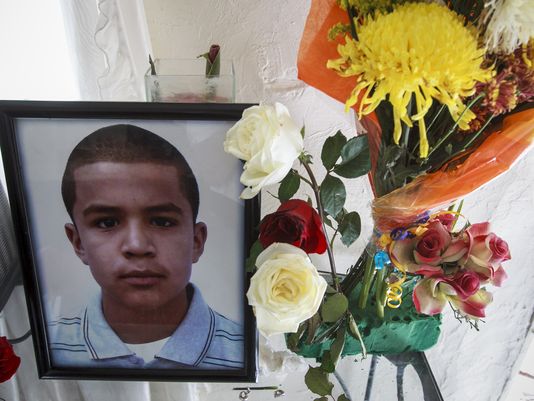 His tragic death has sparked a legal battle that continues to this day, and it could be another example of the use of excessive force used by U.S. Border Patrol agents.

Even with the existence of a crime, there could be no punishment, and much less justice for the victim.

Three-and-a-half years after his murder, the Mexican teenager’s case remains in a legal “limbo” since the civil lawsuit filed in July 2014 by the family of Elena Rodríguez could be dismissed, according to some U.S. civil rights advocates.

The legal argument is that the teenager was shot outside the U.S. and the protection of the U.S. Constitution, which legally does not extend to a person in Mexican territory.

Another key factor is that the current jurisprudence, when a U.S. Border Patrol agents fires from within U.S. soil they cannot be sued if they kill someone across the border in Mexico.

A federal judge must decide whether U.S. constitutional rights extend to a Mexican citizen who died in Mexico at the hands of an American citizen, who fired from United States. The case is currently in the Ninth Circuit Court of Appeals.

The Deputy Director of ACLU’s National Immigrants’ Rights Project, Lee Gelernt, argues in favor of the family of Elena Rodríguez.

“A Border Patrol agent can place his gun against the fence and shoot, killer a teenager, and the Constitution has nothing to say about it?” Gelernt said.

“All actions were carried out (by the US Border Patrol agent), except the bullet that killed him (the Mexican young), it occurred in the United States”, he added.

On October 10, 2012, the police and U.S. Border Patrol agents had responded to a 911 call, reporting that two suspected drug smugglers were climbing the fence and carried what appeared to be marijuana.

When agents and officers searched along the fence, the two men ran away and started to climb the fence for a second time to return to the Mexican side.

It was then that Border Patrol Agent Lonnie Swartz opened fire in response to the two men throwing rocks, which placed his “life at risk”.

The description of the facts may not be accurate, commented Alexis Evans from Street Media Law, as two witnesses on the Mexican side claimed that the young José Antonio was walking down International street -a road that runs parallel to the border fence – when the two other young men came running just before the shooting started.

The shots were fired from a small hill, with a height between 12 and 15 meters above street level. The autopsy showed that 10 of the 12 bullets fired hit the body of José Antonio from behind. The teenager died on the sidewalk just four blocks from his home.

Lawyers representing Araceli Rodríguez, mother of José Antonio, filed a civil suit last July against the U.S. Border Patrol agents involved in the death, saying they had used “excessive and unreasonable force” which violates the Fourth and Fifth Amendment rights of the teenager.

The criminalization of youth

Street Media Law signals to a worrying factor in this case with its apparent similarity to the death of Trayvon Martin.

Both teens were the same age, 16 and 17 respectively, and were portrayed as criminals despite the evidence showing the contrary.

Both became symbols to their communities, they were mourned by thousands, and so far neither of them has received justice.

Americans are beginning to worry when black youth are killed in police shootings without apparent motive, as it happened in Baltimore and Ferguson, however, “our level of consciousness has not yet been extended to our southern neighbors”, says Evans.