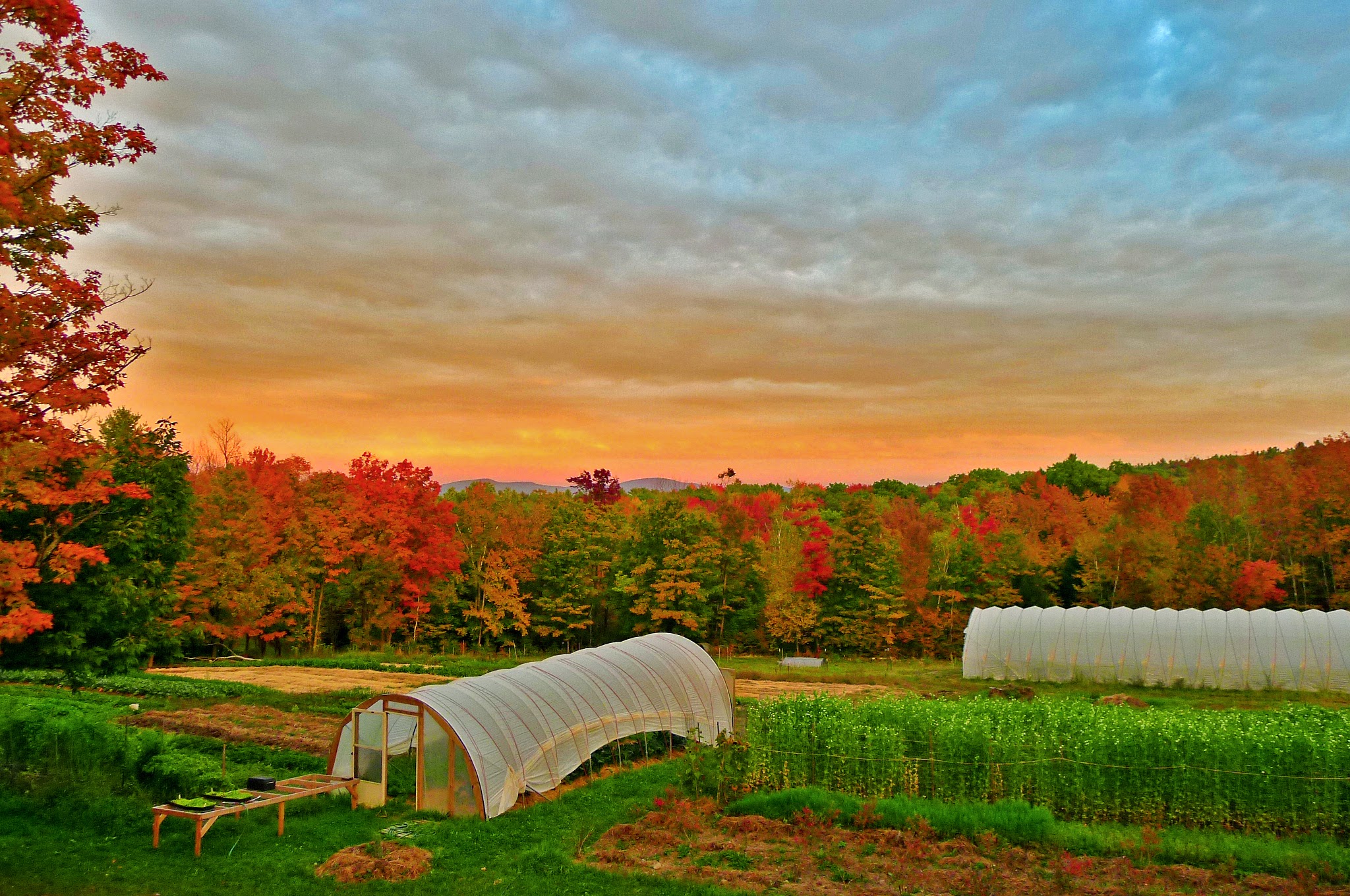 For Leah Penniman and Jonah Vitale-Wolff, Soul Fire Farm is more than just another farming project trying to change the world one leafy kale plant at a time. It’s a project rooted directly from their hearts, deep into the sacred land that is sprouting transformation, growth, healing and change for all who come into contact with Soul Fire.

Leah began farming with the Food Project in Boston, Ma as a teen. She went on to co-manage Many Hands Organic Farm in Barre, MA, co-founded Youth Grow in Worcester, MA and worked with farmers in Ghana, West Africa and Haiti. She is a full-time high school science teacher an aerial silk trapeze artist and a hard worker. With respect to her impressive resume, Leah’s true passion is found on the farm.

“Jonah and I purchased 71 acres in Grafton (New York) in December of 2006. We were drawn to Grafton because of the Peace Pagoda and the relationship that folks from the Albany Free School have with the land out here.” She said. “We wanted to be rural but not isolated.”

This decision has proven to be the basis for a tight urban-rural connection between the farm in Grafton and Albany, New York. “We have a constant stream of visitors,” she said. “And deliver our food to the doorsteps of our former neighbors in the South End.”

Leah and Jonah started a CSA (Community Supported Agriculture) in 2011 after market testing in 2010. “We wanted to make sure that the food was accessible to people regardless of income,” she said. “So we established a sliding scale system.” In this system, higher income earners pay at or above market value for access to farm fresh fruits and vegetables while those with more modest means pay below market value. “We directly accept SNAP/EBT,” she said. “And deliver food directly to the doorsteps of our customers within neighborhoods that are classified as ‘food deserts’.”

Last season alone, Soul Fire Farm raised more than 80 varieties of annual vegetables and roughly 20 perennial fruits as part of their aim for diversity and cultural appropriateness in each CSA box. “Each week our shareholders get around 10 different varieties of vegetables and eggs or bean sprouts.” Leah said.
Beyond the community impact being made through Soul Fire’s CSA, Leah and Jonah believe the greatest impact that can be made comes with direct contact with Soul Fire soil. “We have hundreds of young people come through the farm each season,” she said. “Most come with an established youth program, such as residential foster care or the Boys and Girls club.”

The ability to facilitate new experiences bares its own rewards for Leah and Jonah. “Young people who have not had the previous experience of mud between the toes and worms making surprise appearances under mulch, relish these new moments,” she said.

Leah and Jonah take care to explain to their young visitors, the value of their help with trellising, harvesting or various other farm tasks. “Families get to eat who may not otherwise have life-giving food,” Leah said.

Soul Fire Farm recently launched a week-long restorative justice program called “Project Growth” with the Albany County Courts. “We had young men spend time with us working off their restitution payments and earning some income,” Leah said. “We supported them in spending quiet, reflective time in nature and really sitting with the truth of their beautiful selves.”

Leah sent the following story to illustrate the experience of a young man who visited Soul Fire. I share it with you in her own words:

“Kareem arrived on the farm last month with 13 of his Albany peers, full of excitement and trepidation. We asked him to find an object from the natural environment that represented how he felt that day and to bring it to a circle of sunny benches for an introductory conversation. Kareem hesitated for words during those initial minutes, explaining later that he does not usually talk in front of groups and was significantly outside of his comfort zone far from the pavement of Albany’s South End.

We toured the farm and the young people quickly saw that their gleaming sneakers would be ruined in short order and the courageous idea to go barefoot spread. Amidst giggles, warm mud oozed between toes and worms found their way into hands.

At days’ end gratitude circle, Kareem found his voice. He shared an experience so profound that the truth of it alone justifies the immense grit that Soul Fire Farm’s existence demands. Kareem explained that when he was very young his grandmother had shown him how to garden and to gently hold insects. She died long ago and he had forgotten these lessons. When he removed his shoes on the tour and let the mud reach his feet, the memory of her and the memory of the land literally traveled from the earth, through his soles and to his heart. He arrived home.”

“I have learned much from the young people,” she said. “That everything is new and incredible, all things are possible.”

Aaron de Leon is “growing” awareness of the “Farmist” movement via his blog, The Urban Farmist and his weekly LatinaLista columns.