Latina Lista: News from the Latinx perspective > Palabra Final > Some DREAMers cross the line forcing Rep. Gutierrez to cut his ties to the organizations

Some DREAMers cross the line forcing Rep. Gutierrez to cut his ties to the organizations 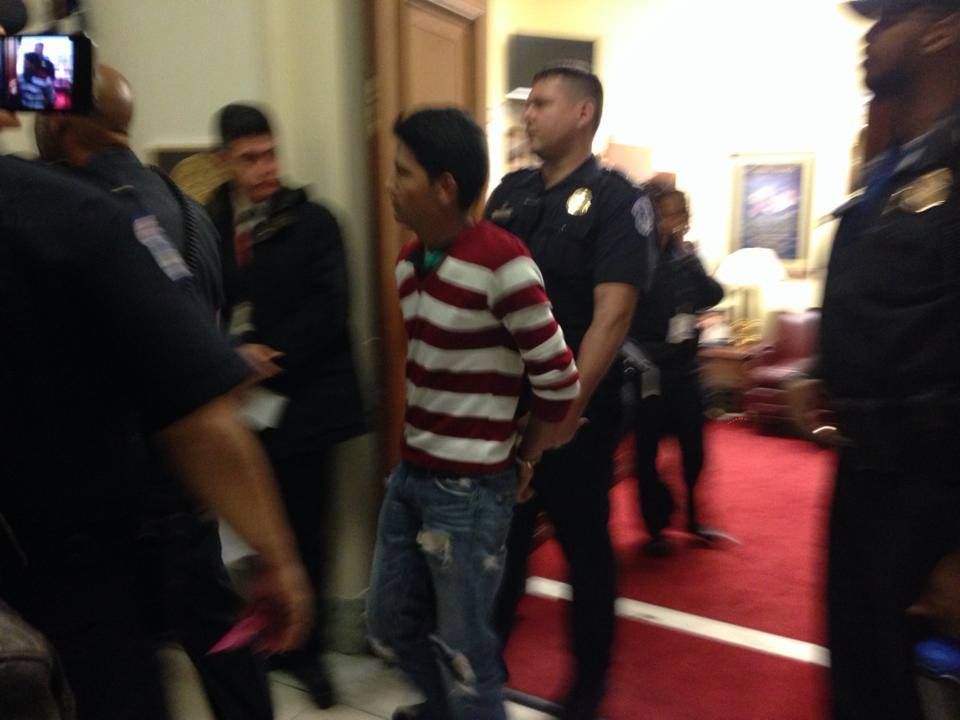 LatinaLista — Illinois Rep. Luis Gutierrez has been a tireless advocate for immigration reform and DREAMers. His passion for the issue and these young people has pushed the envelope among many of his colleagues and not won him many friends across the aisle. It’s reported that even the White House has been on the defensive when answering Rep. Gutierrez’s charges.

So, it was surprising to read a press release issued from the Representative’s office with the headline:

Congressman will no longer work with National Immigrant Youth Alliance (NIYA) or DREAMActivist.org on deportation and detention cases.

Washington, DC – This afternoon, representatives of the National Immigrant Youth Alliance (NIYA), DREAMActivist.org, and the DREAM30 sat-in at the office of Congressman Luis V. Gutiérrez (D-IL) in Washington, D.C. One activist, who was recently released from detention in El Paso, Texas at the request of Congressman Gutiérrez, was removed from the office of Congressman Gutiérrez for refusing to leave until the Congressman spoke personally with President Obama and secured the release of other detainees. The activists were asked to leave by U.S. Capitol Police. Two activists left the office. A third refused and was escorted out by U.S. Capitol Police. The following is a statement from Douglas Rivlin, spokesman and Director of Communication for Rep. Luis V. Gutiérrez:

“The Office of Congressman Luis V. Gutiérrez (D-IL) will no longer work with the National Immigrant Youth Alliance (NIYA) and their affiliated advocates at DREAMActivist.org

“The Congressman met privately with the parents of some of the young people in detention in El Paso last week in Washington; a meeting that was frank, emotional, and confidential. But that meeting was also recorded surreptitiously by NIYA, without the knowledge of the parents, the Congressman or his staff. It is unfortunate that the actions of the advocates in this case are preventing this office from being able to work with parents and family who are understandably and rightly concerned for the safety of their son or daughter.

“The illicit tape recording of a confidential conversation was the latest chapter in a long and difficult relationship with NIYA and its leaders. The NIYA leaders have expressed their strong opposition to immigration reform (LINK), have expressed disturbing racism (LINK), and have put young people in harm’s way. In talking with the families, the Congressman and his staff believe that the parents and families were being manipulated by NIYA and its leaders and were not well informed about the law and the legal process.

For the last year, there have been rumor rumblings that DREAMer organizations weren’t as united as publicly perceived. It’s natural that each organization wants to be in charge of their own strategy but no one — who supports the overall cause — would expect the goal to be any different — legal recognition of DREAMers and the halt of deportations.

Yet, some of the DREAMers have now pushed their own envelope and are risking not only the support of some of their strongest advocates but of the average voter sympathetic to the DREAMer cause.

They run a real danger of alienating support for the thousands of other DREAMers dependent on that sympathy and who most likely wouldn’t agree with any strategy that forces a fierce supporter in Congress to cut his ties with DREAMer organizations.

DREAMers, immigration, Re. Luis Gutierrez
Previous Post Video: Dominican NY police officer shares what it's like to be stopped and frisked in new video series campaign
Next PostVideo: Award-winning artist explains how to bypass success to hold on to creativity

Video: Dominican NY police officer shares what it's like to be stopped and frisked in new video series campaign
Comment
Video: Award-winning artist explains how to bypass success to hold on to creativity