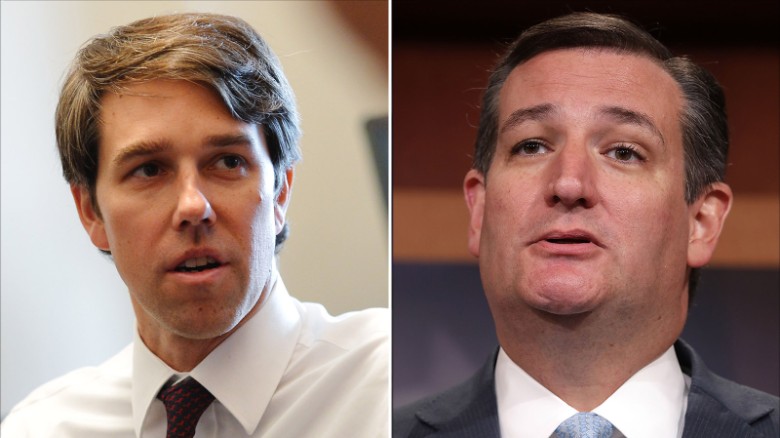 The first debate between Senator Ted Cruz and Beto O’Rourke was intensive and covered many issues of substance to Texas voters. Interestingly, news coverage of the debate also highlighted the accusation by the Cruz campaign that Beto O’Rourke was engaging in “Hispandering” – that is, trying to win favor among Latino voters by use of his Spanish nick name.

According to O’Rourke, however, the name “Beto” was given to him at birth and a common nickname in his birthplace of El Paso that he has used throughout his lifetime. It seems curious that the Cruz campaign has focused attention on this issue since Senator Ted Cruz opted to change his own birth name from “Felito“ to Ted because of the taunting that he faced as a teenager and the need to reshape his image.

For the record, the practice of “Hispandering” has been popularized in past political campaigns by Republicans like Gov. Gregg Abbott who have had no reservations about showcasing their Latino wives and family members, and using Spanish-language ads to gain political favor among Latinos. The pandering becomes more salient in these campaigns since the programs and policies supported by Gov. Abbott and Senator Cruz are often damaging to the quality of life for Texas Latinos, including the following:

By contrast, Beto O’Rourke supports programs and policies that directly benefit Texas Latinos, as well as other groups. He has voiced strong support for the Dream Act, measures to improve gun control, increasing attention on the violence towards African Americans by law enforcement officials, and universal healthcare. O’Rourke’s position on these issues represents a fresh approach that is desperately needed to replace the punitive political platforms of Republicans like Senator Cruz, Gov. Gregg Abbott, and President Trump. Indeed, showcasing Latino family members and speaking Spanish when it is politically convenient seems more like “Hispandering” than using a name that one is given at birth.

I would encourage all Texans to get past the name calling and trivia often associated with political campaigns, and focus on programs and policies that are being advocated by the political candidates. Texas Latinos, in particular, should easily dismiss the “Hispandering” by Republican candidates who seek their votes during election season but once in office, dedicate much of their political careers to supporting programs that damage the quality of life for Latinos.

All things considered, I believe that Beto O’Rourke is on the right path to victory to be our next Texas senator.

Beto O'Rourke, politics, Ted Cruz, Texas senator, US Congress
Previous Post Guest Voz: Time for Latinos to give back to our parks on National Public Lands Day 2018
Next PostGuest Voz: Did Trump administration get it right blaming court ruling for increase in families arriving at the Southwest Border?

Guest Voz: Time for Latinos to give back to our parks on National Public Lands Day 2018
Comment
Guest Voz: Did Trump administration get it right blaming court ruling for increase in families arriving at the Southwest Border?