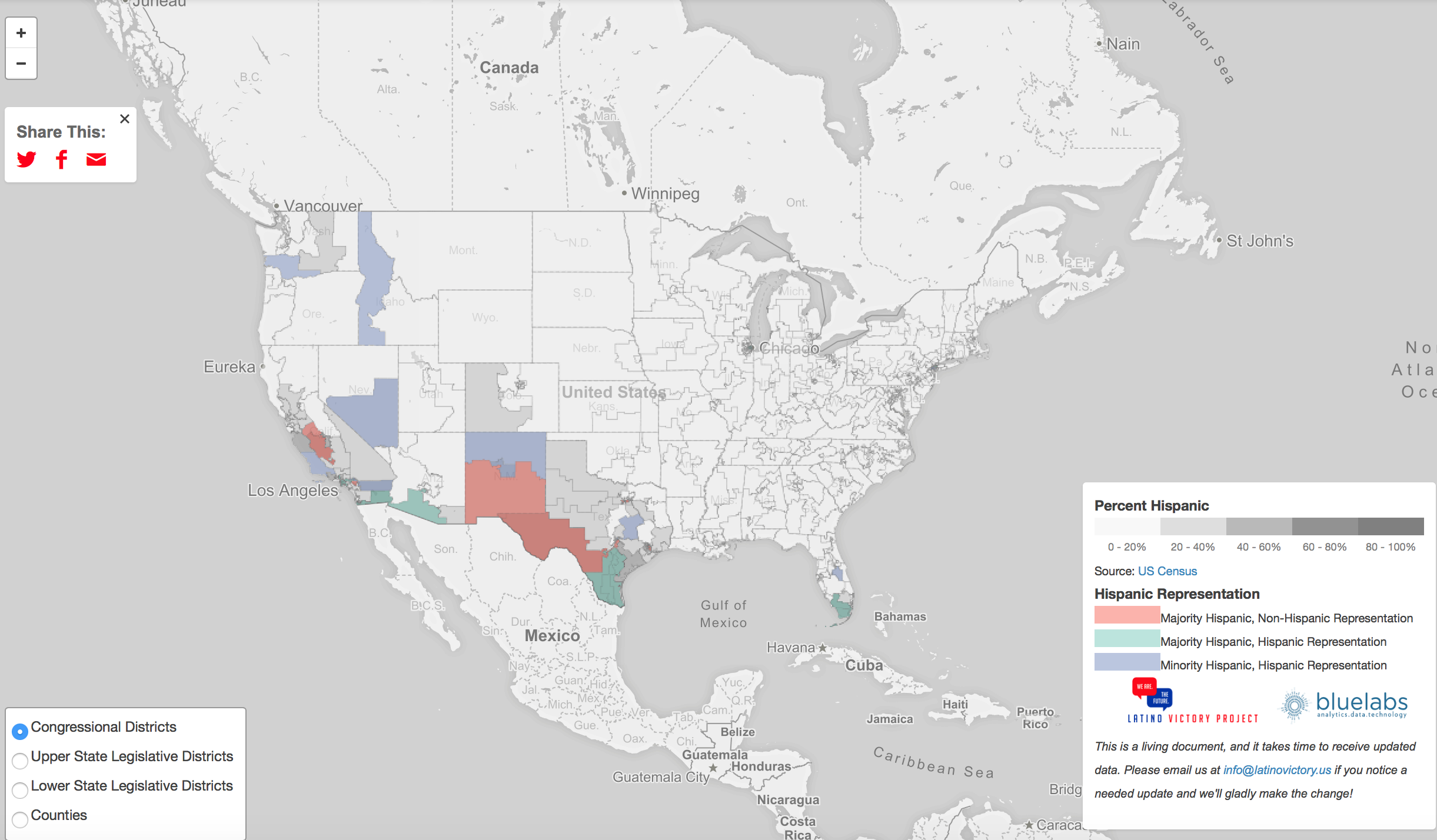 LatinaLista — It’s said that the only way to change a culture is to change it from within. What better way than to change the rampant racism and insensitivity towards Latinos in U.S. politics than to get more Latinos elected to public office?

A new online tool hopes to make it easier for Latinos to not only run in elections but ensure a win. The Latino Victory Project commissioned an interactive map that shows which political districts are majority Latino but have no Latino representation.

All in all, the map shows nine congressional districts, 21 state senate districts and 46 lower state House districts that fit the criteria.

Cristobal Alex, president of the Latino Victory Project, said,“What this tool does is it allows candidates, party committees, our community to be strategic in thinking about where to invest in candidates, in races and in our future.”

The group plans to officially launch the map on June 1.