Latina Lista: News from the Latinx perspective > Causes > Social Justice > Study reveals what happens to Latinx drivers once police pull them over 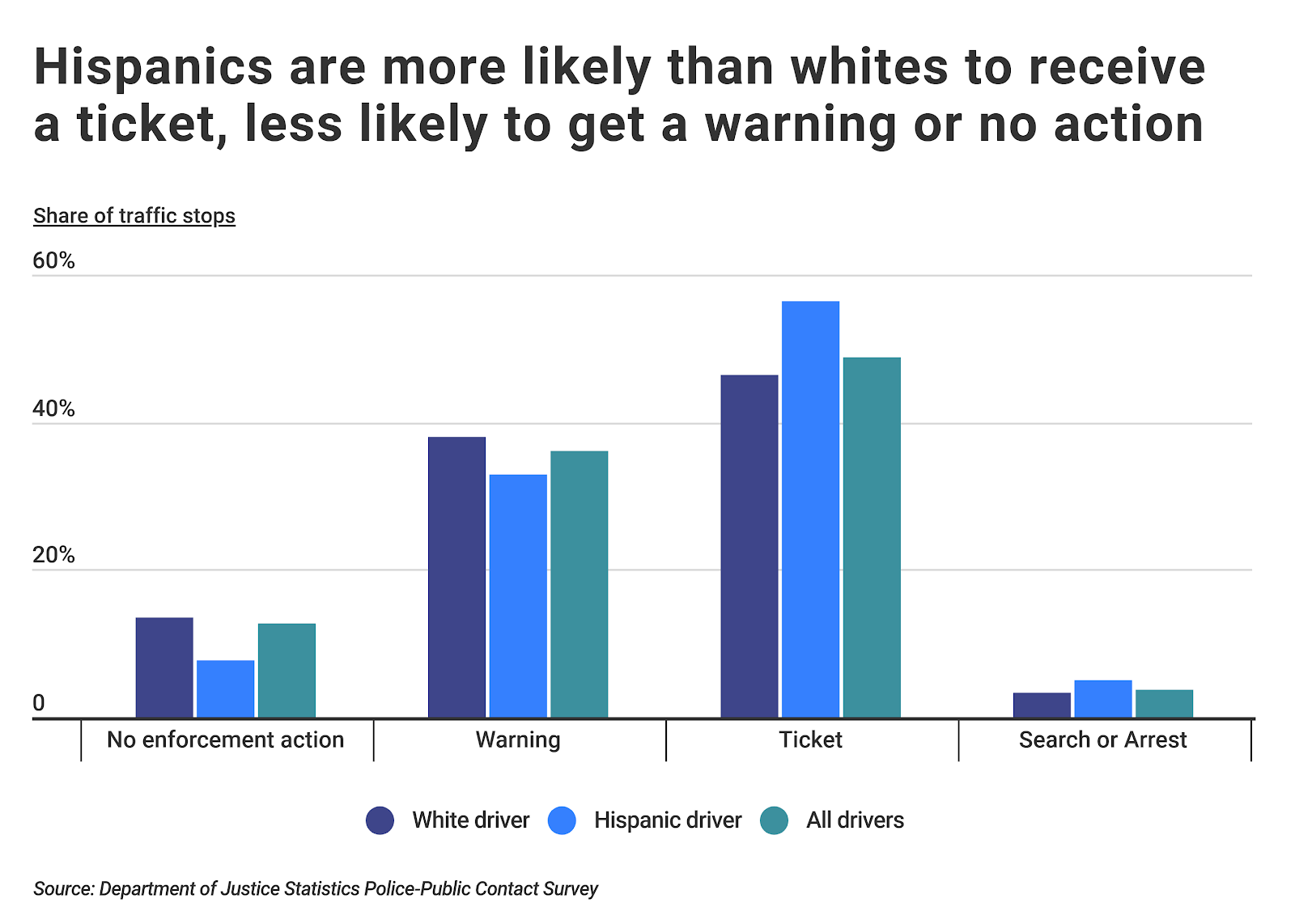 Over the decade, it’s been known that the odds of being pulled over by police while driving was greater if you were a driver of color. Several studies have shown that to be true.

The latest report tells the same story. But this latest compilation of US Census data, federal data and US Justice statistics by AutoInsuranceEZ goes a step further to reveal what are the most likely outcomes once Latinx drivers are pulled to the side of the road.

According to Top Reasons Drivers Get Pulled Over [And What Happens], Latinx drivers are less likely to be given a reason for being pulled over than other drivers, though women overall are told why.

Also, Latinx drivers are less likely to receive any kind of action or warning. There’s a reason why. Could be because we are more likely to get a ticket and/or searched and arrested.

From my initial review of the report, the methodology for the report doesn’t reveal the citizenship status of Latinx drivers, which makes a big difference and prejudices the data.

If the Latinx drivers were undocumented, that means they were driving without a license in most states where that would be a legal offense. In those cases, it’s understandable why Latinx drivers are more likely to get ticketed or arrested.

A far more interesting study would be to examine that stats against Latinx citizens to see if these results still hold true. If so, then that’s an injustice that warrants deeper scrutiny.