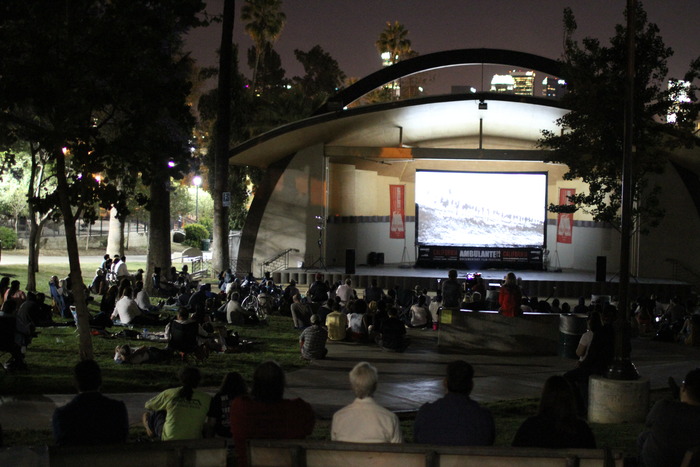 Campaign: Ambulante – Create a rogue documentary tour across the U.S.

Thanks to a grant from the Ford Foundation, efforts of adapting the successful model in the United States are underway!

For two weeks, from September 21 to October 4, Ambulante will embark on its first major U.S. tour throughout the Greater Los Angeles area to create unique exhibition spaces and program free documentary cinema happenings.

The goal of the campaign is to occupy alternative, outdoor and makeshift spaces while offering the best quality screen and sound for a truly cinematic experience.

The funds raised will go towards investing in state of the art projection, transportation costs, as well as providing meals and gas mileage to Ambulante’s volunteers. The more backers and funds raised the more terrain that can be covered to #BringAmbulante2CA.