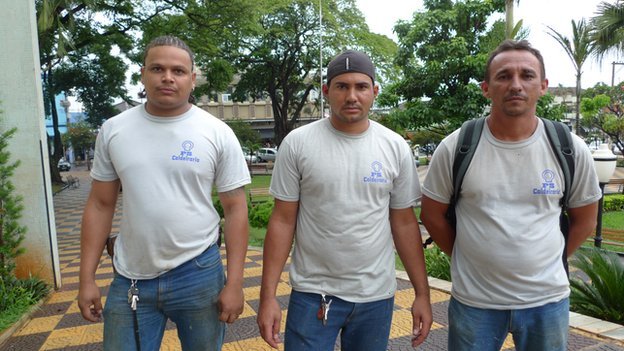 One of Brazil‘s largest construction companies has been accused of human trafficking and keeping workers in slave-like conditions, underscoring the pervasiveness of labor abuses among Brazilian companies.

According to Brazilian authorities, Odebrecht sent 500 workers to construct a biofuel plant in Angola for an affiliate company between 2011 and 2012. At the work site, the Brazilians were allegedly kept in degrading and unsanitary conditions and many had their passports confiscated so they could not return to Brazil.

Odebrecht also allegedly lied to Angolan authorities about the nature and length of the workers’ stay in the country, applying for ordinary 30-day visas instead of work visas for its employees, which led to the arrest of some laborers. Brazil’s Ministry of Labor also claims Odebrecht failed to request a certificate granting the company permission to send workers outside the country.

If convicted, the company could pay $225 million to compensate workers in addition to a fine representing a percentage of the company’s annual revenue. Odebrecht would also be banned from receiving public financing for future projects.

Forced labor and human trafficking are serious problems in Brazil, where an estimated 25,000 to 40,000 people are believed to be working in slave-like conditions. In 2012 alone, Brazilian authorities rescued close to 3,000 workers from forced labor.

Most of the workers laboring in slave-like conditions are Brazilian citizens employed in industries like cattle ranching, mining, logging and farming in rural areas and construction in urban areas. The problem also affects foreign workers, particularly Bolivian, Paraguayan, Peruvian and Chinese workers, who are often trafficked into the country to work in garment factories.

There is evidence to suggest complicity with forced labor and human trafficking reaches the highest levels in Brazil, such as the case of a senator accused of employing workers in slave-like conditions on his farm and allegations by Greenpeace (pdf) that car manufacturers Ford, GM and BMW buy pig iron made with charcoal acquired through slave labor.

However, it is unusual for such a large, well-known company as Odebrecht to be exposed as being so directly involved.