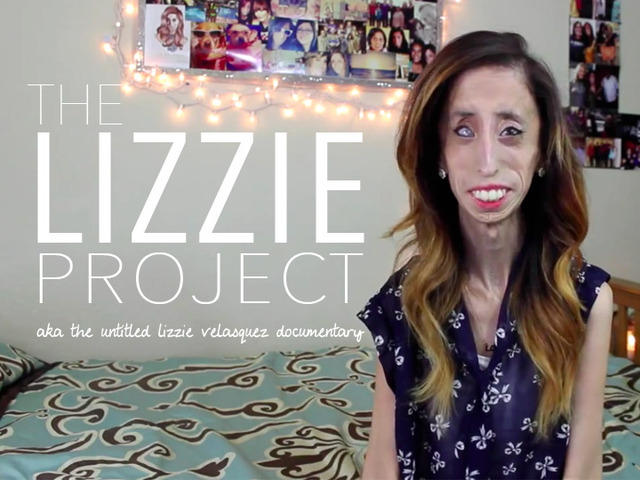 In 1989, a young girl named Elizabeth “Lizzie” Velasquez was born to two excited first-time parents, Rita and Lupe. Doctors soon discovered that Lizzie was one of only three people in the entire world who possess an extremely rare, unnamed syndrome, which prevents her from gaining weight.

Lizzie’s parents were told not to expect much physical or mental advancement from their daughter. Now, at 25 years old, 58 pounds, and with more accomplishments than most achieve in a lifetime, she is ready to share her full story.

At 17, Lizzie found a video on YouTube calling her “The Ugliest Woman in the World.” The video, made by an online bully, also attracted some of the cruelest comments anyone could ever imagine; the very first of which said she should “do everyone a favor and just kill herself.”

Lizzie decided shortly thereafter that she was not going to let someone who had never met her, bully her – much less, define her.

Lizzie had dreams of graduating college, becoming a motivational speaker and publishing a book. With hard work and a wildly resilient spirit, Lizzie accomplished her goals and is a graduate of Texas State University, one of the most sought after speakers in the world (her TEDxAustinWomen talk has garnered over 9 million views to date) and is about to publish her third book in the Fall of 2014.

Now, Lizzie has a bigger dream to accomplish: to make the online community a more positive place than when she found it. Or, rather, when it found her.

This summer, a documentary about Lizzie’s extraordinary life and her story of adversity and proud survival will be made. It will follow her on an incredible journey to address online bullying and inspire a trending movement to change it for the better.

The Lizzie Project‘s goal is to raise $180k to fund the crew, lighting, sound, transportation and many other aspects that are necessary to complete physical production and shooting of the movie over the course of 10 weeks.

If the campaign is fortunate enough to surpass the minimum goal, their plan is to have a stretch goal that will help take them through, at the very least, editing the film. For context, their final stages will include music, editing, sub-titling the film in Spanish, and distribution efforts.

Latina teenage pastry chef brings artistic skills to cake decoration
Comment
The Revolution Will Be Digitized: The Outing of Racism