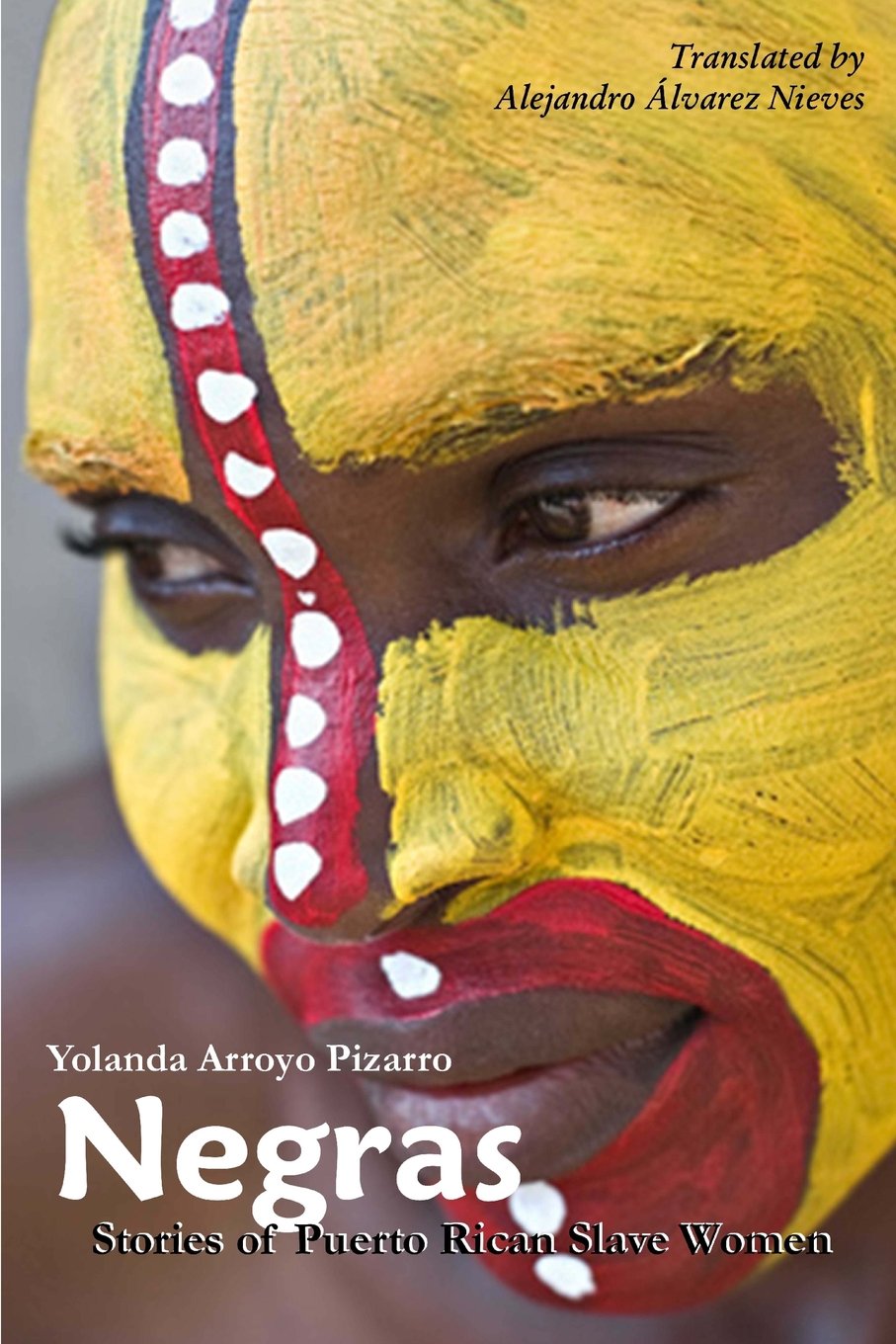 The slave trade is nothing short of a holocaust. Many people’s lives were stolen, uprooted, and destroyed for the greed of the more ‘civilized’ white man. Though, when it comes to slavery in general, we often think about Africans taken from West Africa and brought directly to Europe or America; particularly the South. In fact, the term slavery conjures up many images such as plantations, cotton picking, ships, whippings, death, injustice, etc. I could list so many more images of this dark time of slavery in our history and this saddens me; however, these raw and thought provoking things are what make this book stand out because it captures the atrocities of slavery overall.

The Trilogy, Negras: Stories of Puerto Rican Slave Women is a small book comprised of three narrative stories. The three stories are fictional; however, they are powerful. These stories are masterfully written by Yolanda Arroyo Pizarro and will leave you touched, enlightened, and at the same time will make you question humanity.

I do, however, find this particular subject fascinating. All the stories written in this book were depicted from the viewpoint of strong black female slaves, which is unusual. Oftentimes, we hear about the slave trade through novels such as Uncle Tom’s Cabin, Narrative of the Life of Frederick Douglass, or 12 Years a Slave. Though these stories are classics and downright powerful, they lack one element.

What’s that you might ask? They lack the conviction and fight of a strong women and particularly black woman who endured the callousness and cruelty of the slave trade!

If you think this book showcases black woman like Mammy in Gone with the Wind who were portrayed as simple-minded cheery black woman happily eager to serve their white masters like Scarlett O’Hara, think again! Rather, this book gives us a small glimpse into three slave woman; Wanwe, Ndizi, and Tshanwe. Each story is riveting, thought provoking, and somber. I must say at times I found the stories graphic; however, this was warranted to bring this dark subject matter to light.

Though often times in book reviews I leave out important information so not to spoil a story, I believe in this case, it’s important that readers get an overall idea of what a book may entail. In this trilogy each character becomes the main subject of each story.

Wanwe is a woman who reflects on her glory days of being free and on her rich African culture while being transported across the sea. Aboard the ship, she experiences traumatic consequences. In the second story Ndizi is a midwife who is being executed due to killing several babies of other women who are slaves. Why did she do this? To ensure they do not enter the slave trade, and to ensure that white masters lose their ‘property.’ In the third story Tshanwe is continually raped by her master. She is also used to carry the master’s arrows while he is out hunting or practicing. One particular day she is attacked by the master’s son and stabbed endlessly while not in the presence of her master. She obviously defends herself, but is punished by being beaten until unconscious. She is believed to be dead; however, she escapes and retaliates. How does she do this? You’ll have to read the book to find out!

I believe this book could be used in colleges throughout the world. Oftentimes, simple and short stories are just as effective as the slave classics I mentioned above. These particular stories make great discussion topics, were well written, and fast paced. Truly the author has mastered the art of short story writing–the plot is to the point and the characters are developed enough to make an impact! If you want a quick fascinating read, I say grab this book and be prepared to experience the dark side of humanity.

I promise this book, though short, will leave you thinking about the slave trade, will enlighten you on the dark side of humankind, and most importantly will touch you forever!

Source: Book was provided by author for review. It was reviewed by Corina Martinez Chaudhry.

Spanish newscaster to challenge Illinois' Rep. Gutiérrez in 2016
Comment
Cuba's version of Craigslist - a first step into the Internet economy?