Families gather in DC for Play-in for Climate Action rally 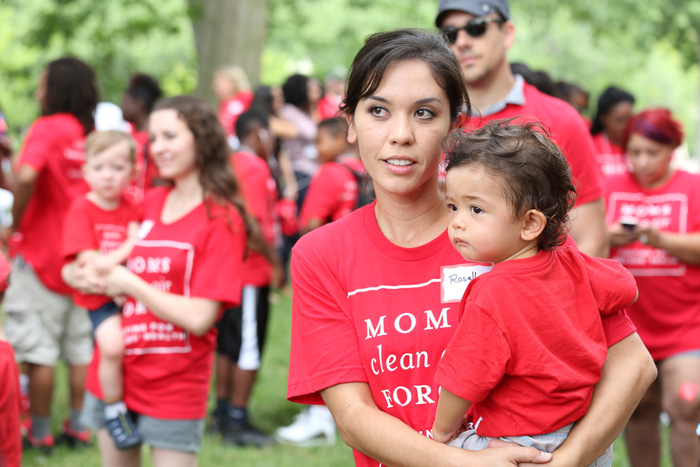 On Wednesday, July 13, 2016, over 700 children and parents from 50 states joined our third annual Play-In for Climate Action at Upper Senate Park in Washington, DC for fun, music and advocacy…

Participants signed posters created for every US senator to protect their state’s children from climate change. Kids left handprints and notes to about clean air and safe energy.

The kids enjoyed a musical performance by Latin GRAMMY Award winner Mister G and Adam Gardner of the band, Guster.

Kids reach for the sun during yoga play.

After receiving a tiny white flower from Play-In participant, Kira, Senator Tom Udall (NM) thanked Moms Clean Air Force and said, “Taking action on climate change is important to me. It’s important to all of us here. It may be the biggest man-made threat that we face.”

Dr. Erica L. Holloman, coalition coordinator for the Southeast CARE Coalition, inspired the crowd to stay motivated in the fight to protect kids from the adverse health effects of climate change.

Casey Camp-Horinek, member of the Ponca nation of Oklahoma, actor, native rights activist and member of the Indigenous Environmental Network, took to the stage with her grandchildren to call for climate action.

Vanessa Hauc, a Telemundo Network Emmy Award winning journalist tells the crowd of over 700 in English and Spanish, “All children deserve clean air!”

Dr. Heidi Cullen, Chief Scientist for Climate Central said, “”I’m struck by how urgent this issue is…but there is so much good news right now.”

We thank all our speakers and participants, young and old, for making the 2016 Play-In for Climate Action an overwhelming success!