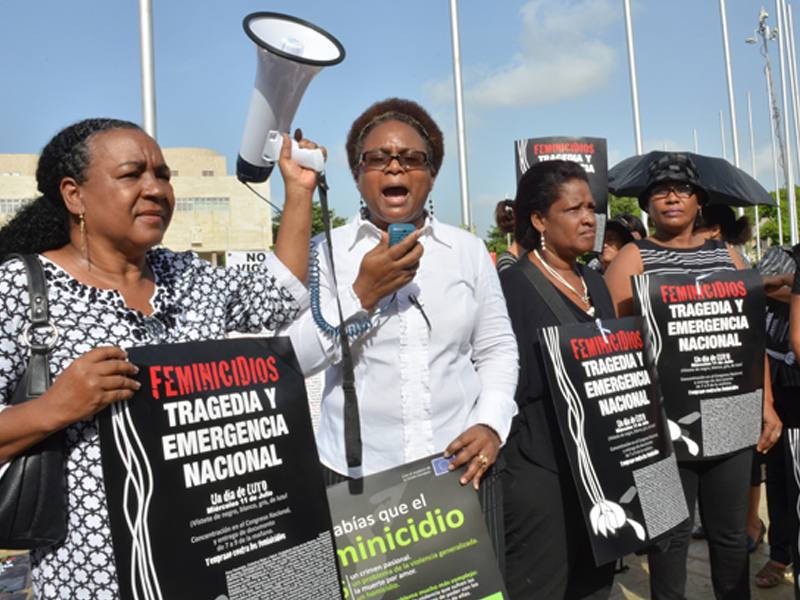 No killings of women have been reported in more than a month, a major accomplishment for a country that had one of the world’s highest rates of femicide in 2012.

SANTO DOMINGO, Dominican Republic – A comprehensive effort to cut high rates of violence against women by raising awareness and prosecuting perpetrators has helped dramatically reduce femicides in the past year nationwide, according to Dominican Attorney General Francisco Domínguez Brito.

Domínguez Brito said there’s been a 42% reduction in the number of women murdered as a result of domestic violence during the first six months of 2013 compared to the same period last year. As of mid-July, no femicides have been reported for more than a month, authorities said.

Domínguez Brito said 30 such murders were reported in the first six months of 2013 compared to 52 killings in the first half of 2012.

He attributed the decline to the “rapid intervention by the authorities responding to female victims that feel threatened by violence under any circumstances by their partners or ex-companions.”

The reduction in killings comes after civil society organizations pushed the government to take action. In the past five years, the country saw a spike in the number of women murdered, making it one of the worst countries for such crimes in the Caribbean.

Last year, 198 femicides were registered, according to the Observatory for Exercising Women’s Rights as Citizens.

Women’s rights groups, while pleased with the numbers, said more work needs to be done to protect women.

“The material basis for a sustained reduction has not been built,” Sergia Galván, executive director of the Women & Health Collective, told local reporters.

“The violence is part of a machismo and patriarchal culture,” Galván said. “We have to revolutionize the culture if we want to produce change.”

Femicides, defined as the targeted killing of a person based on the fact that she is female, is recognized as a problem across Latin America and the Caribbean.

The Dominican Republic was among 14 Latin American and Caribbean countries to rank in the top 25 worst countries in the world for female homicide rates in a 2012 study published by the Small Arms Survey, which tracks trends in crime and gun use.

El Salvador was the worst country in Latin America in femicides, with 647 women killed in 2011.

The Dominican Republic has been closely linked to the movement to stop violence against women. In 1981, women’s rights groups chose November 25 as a day to raise awareness about the issue.

They chose that date to honor the Mirabal sisters, dissidents who were killed under orders from the Dominican dictator Rafael Trujillo. In 1999, the United Nations formally adopted the day as International Day for the Elimination of Violence against Women.

The Mirabal sisters are national heroes in their native country, with their likenesses appearing on the widely circulated 200-peso note (US$4.70).

Despite recognition and campaigns from the United Nations and other groups, the levels of violence against women have only increased in the last decade.

A fifth of Dominican females between ages 15 and 49 have experienced some physical violence in their lives, and one-third of married women or those in relationships have suffered abuse – physical, sexual or emotional – at the hands of their partner, according to the Latin American and Caribbean Committee for the Defense of Women’s Rights.

“These levels of violence against women and girls remain unacceptable and the problem cannot continued to be ignored,” the Observatory for Exercising Women’s Rights as Citizens stated last year.

That call for action built on momentum that began with protests in front of Congress and dozens of organizations coming together to campaign to raise awareness. In one march last year, hundreds of women demonstrated, carrying signs that read, “Femicides: Tragedy and National Emergency.”

The United Nations’ campaign, “Unite to put an end to violence against women,” provided fresh energy for the movement.

The government responded with stepped-up prosecutions of crimes against women and a dedicated hotline for women to report such crimes. Government statistics show hundreds of women have reported crimes after the hotline was put into place.

Domínguez Brito said he was pleased with the reduction.

The result “satisfies us, but it also demonstrates to us that we can achieve positive results if we make the effort,” he said. “Ideally, not a single woman would die in our country as a victim of gender-based violence.”

Featured Photo: About 60 women’s rights groups joined forces last year to push the government to take action on an alarming number of cases of violence against women. The government reported this month that murders of women by their partners or ex-companions dropped 42% during the first six months of 2013 compared to the same period last year. (Courtesy of Citizen Participation)

This article originally appeared in Infosurhoy.com

campaign, Dominican Republic, femicides
Previous Post Guest Voz: Breathing In Our Dead and The Spirit of Immigration Reform
Next PostViernes Video: New documentary to showcase the life and struggles of boxing world's most famous Latina fighter

Guest Voz: Breathing In Our Dead and The Spirit of Immigration Reform
Comment
Viernes Video: New documentary to showcase the life and struggles of boxing world's most famous Latina fighter