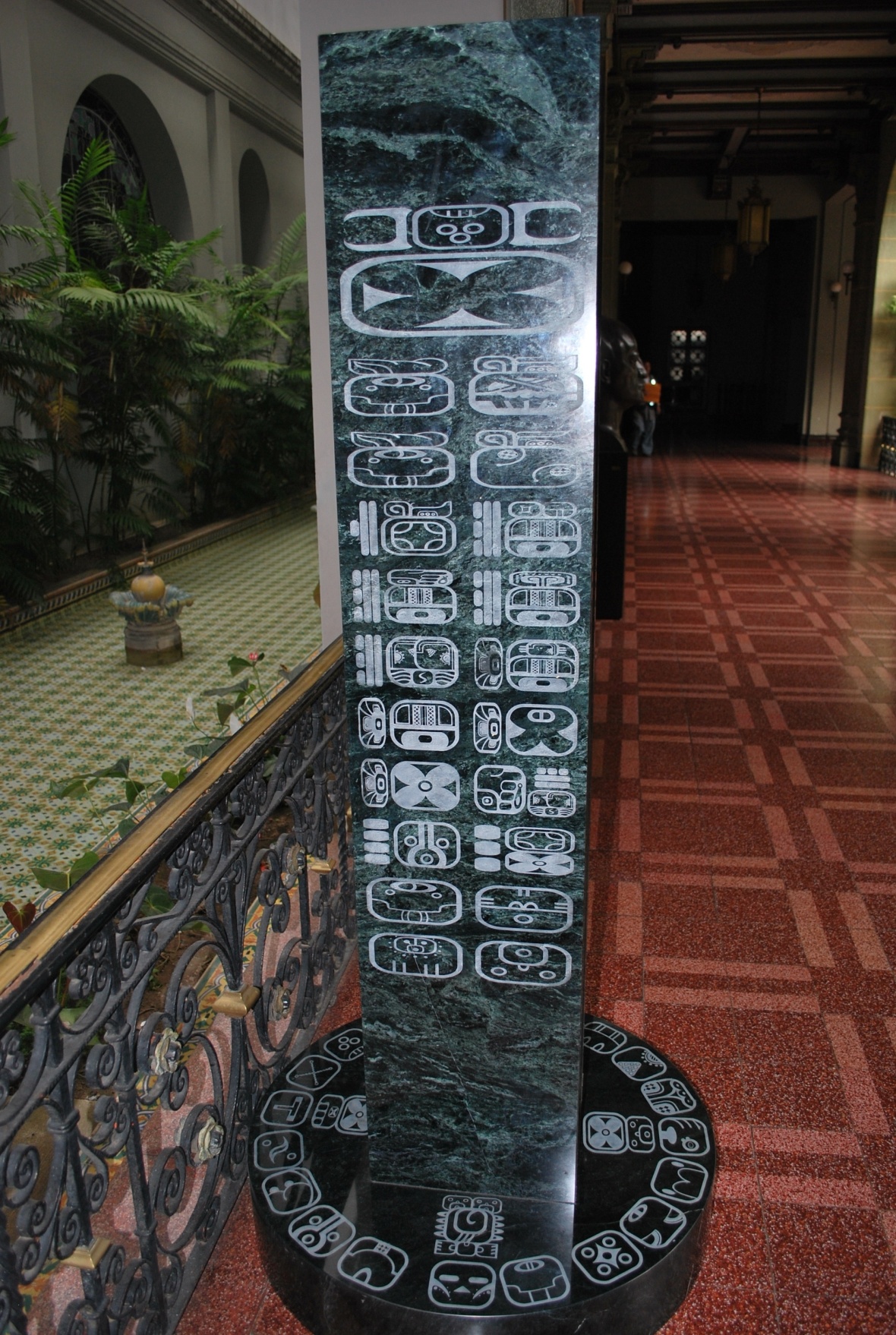 A time capsule inspired by the ancient Mayans has been installed by cultural officials in Guatemala City to show the country’s future generations what life was like in 2013.

Messages, cards, articles from the present day and predictions for tomorrow were deposited by members of society into the container, which will be opened in 2065.

“The opening of the capsule coincides with the start of a new phase in the Mayan calendar: Chol Ab´ y el Chol Q´ij,” says Everardo Chuc, the Director of Cultural Development in Guatemala.

“What we are doing now [with the time capsule] is the same thing that our ancestors used to do to ensure that future generations would know about their country and the people who lived in it,” says Chuc.

The documents, including letters from the President, Otto Pérez Molina, and Guatemala’s first Olympic medallist, Erick Barrondo, were placed in a hand-decorated cedar box and wrapped in a huipil, a traditional Mayan blouse, before being deposited within a green marble statue.

Officials hope the capsule will give those living half a century from now an idea of what Guatemala’s economic, social and political situation was like in 2013. The container was sealed on April 22, during an Earth Day ceremony, which marked the convergence of the two Mayan calendars – the Haab and the Tzolkin – with the lunar calendar.

Many of the children who witnessed the capsule being installed will be invited back to watch it being opened by the relevant authorities in 52 years.

Located in the Palace of Culture in Guatemala City, the capsule will remain accessible to both tourists and Guatemalans until it is opened in 2065.

Chicago Charter Schools demand equality
Comment
Guest Voces: How much safer can the safest city get?