Though among the most deported, U.S.-based Guatemalans increasing remittances home 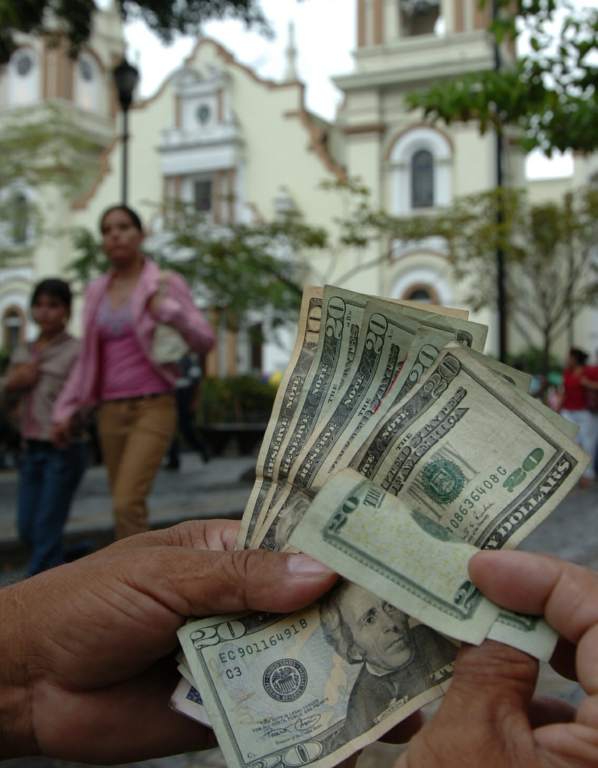 The small village of Horcones sits at the end of a pot-holed road in Jutiapa, south-eastern Guatemala. Around 40 percent of the population is dedicated to producing livestock, earning an income that is not reflected in the wealth of the white-washed, Grecian columned houses that decorate this farming community.

The majority of people here seem to know someone who works abroad and sends money home, a situation that is replicated around the region and accounts for affluent properties springing up in less than affluent areas.

Remittances, money sent by expatriate workers to their home countries, have been steadily rising in Guatemala, despite increasing deportations, and now account for around 10 percent of the country’s GDP, according to 2012 data from the World Bank.

In 2013 Guatemala received more than $5.1 billion in remittances – the second highest amount in Latin America after Mexico – and Guatemala’s Central Bank predicts the figure will grow by around five percent this year.

Griselda Toj lives in Sacatepequez, 40 kilometers from Guatemala City. Each month she receives, on average, $330 from her husband who works on a dairy farm in Idaho.

“The money he sends back helps us a lot to buy food for the children, send them to school and buy them medicine if they get sick. If he wasn’t there we wouldn’t be able to cope because over there he’s got a lot of work.”

Poverty, violence and family reunification are among the main driving forces behind Guatemalans deciding to make the journey north.

“Our life is difficult here. My husband left three years ago because my son became ill – he had asthma and bronchitis,” says Griselda. “The medicine is expensive and he had to use a special apparatus. We could hardly afford to pay for it.”

In October, more than $500 million was sent back by Guatemalans working abroad, predominantly in the US, which represents an 8 percent increase compared with the same month last year.

Like many people who receive remittances, Griselda is saving to build a house – an example of the effect that Guatemala’s Construction Chamber says money sent from abroad is having on reducing the country’s housing deficit. However, others say it is pushing up the price of land, which adversely affects non-migrant households.

Experts highlight that while remittances enable some people to save, invest in education and contribute to the local economy, it is an unstable source of income that is often squandered due to a lack of financial information for recipients on how to manage the money.

“Yes, remittances can reduce poverty,” says Beatriz de Azurdia from the National Council of Migrant Services (CONAMIGUA). “But we need to take into consideration the risks migrants face and the abandonment kids feel, which can cause families to disintegrate and children to lack guidance. Also, the senders have little say over how the money is invested.”

To combat this, a Guatemalan company recently introduced an electronic remittances gift card, which allows migrants to specify where the money they send back is spent.

In July, the Guatemalan government launched a campaign outlining the risks of exploitation and death that illegal migrants face on their journey north. However, the lack of employment opportunities in Guatemala and many people’s desire to emulate the improved lifestyle of their remittances receiving neighbor, is keeping the American Dream alive.