LatinaLista — Earlier this month, the Centers for Disease Control and Prevention’s National Center for Health Statistics released the welcome news that the national teen birth rate for girls ages 15-19 declined 8 percent in 2011, and for all racial/ethnic age groups the rates were at historic lows. 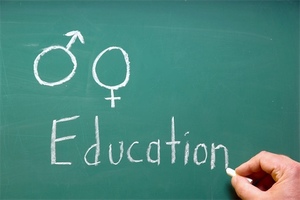 Sarah Brown, CEO of The National Campaign to Prevent Teen and Unplanned Pregnancy, said in response to the news, “The continued decline in the nation’s teen birth rate has been positively breathtaking and the credit for this remarkable national success story goes to teens themselves.”

Equipped with the proper medical information and given access to the right resources, teens know how to keep themselves on track for academic success without having to worry about being a parent before their time. Yet, as good as those stats are for the nation, there are some states that still record too many teen pregnancies.

There are several concerned citizens in Dallas County trying to combat these sad statistics. One woman, Terry Goltz Greenberg, helped found S.A.Y. What, a coalition of Dallas-area non-profits and faith groups to push for medically accurate sexual health education in the schools. It is a coalition that I too belong to and support.

However, time after time, Greenberg has hit a brick wall with Dallas-area educators. Less than a handful of schools have agreed to let their students know about the film contest and the deadline is looming fast. Their reason? They tell Greenberg that the topic of sexual education is “too controversial.”

Greenberg, along with others on the coalition, are frustrated by the lack of courage and conviction illustrated by these educators to counter this dismal situation. Though these principals can see the swelling bellies of young girls in their school hallways, they would prefer to turn a blind eye rather than help lead a conversation that could benefit so many on their campuses.

According to the Center for Disease Control and the National Vital Statistics System, Dallas County has a teen birth rate of 76 births per 1000 teens (15-19 year olds). To put this in perspective, it is higher than every other large county in Texas – think Harris, think Bexar. Just one of the unfortunate consequences of teen pregnancy is that only 50% of teen mothers end up receiving a high school diploma. Having a baby is one of the top reasons for dropping out. What are we doing about it?

In an effort to engage youth on this subject, a Dallas coalition of nonprofits and faith groups has formed S.A.Y. What? (Sound Advice for Youth). The mission of S.A.Y. What? is to engage and mobilize communities to take action ensuring all youth receive comprehensive medically accurate sexual health education. One way we are achieving the organization’s mission is by holding a film competition asking youth to make films about why sex education is important. The White House Council for Community Solutions found that “young people themselves are the key to the solution . . . they know what works for them and their peers.”

However, despite the urgency of the situation and the fact that young people are more apt to learn from each another, this effort is not being supported by those whom many consider are natural allies in the battle against teen pregnancies – schools. Some local school districts have attempted to block the conversation with their refusal to distribute the flyer advertising the film contest. Their reason – because the subject, “you know, is too controversial.”

What should be controversial is the lack of public attention to this health crisis.

In 2008, there were 5,986 teen births just in Dallas, and scant, practically non-existent, media coverage compared to the fact that the problem affects 4 times more people in Dallas County than the recent West Nile virus outbreak where there were 1,012 human cases in all of North Texas, and 36 fatalities as of October 8. Yet the West Nile received ten times the media coverage and public health dissemination compared to what the rate of teenage pregnancies has received. Yet we won’t talk about it. The problem – almost 6,000 teenage girls giving birth in Dallas in a year is not controversial, but talking about it is?

The film contest details can be found on the S.A.Y. What? website.
The contest closes October 25th.

Terry Goltz Greenberg is chair of Dallas-based S.A.Y. What?

Is the ‘Modern Neighborhood’ a Root Cause of American Obesity?
Comment
Field Hockey Promotes Equality, Inclusion for Girls in Argentina