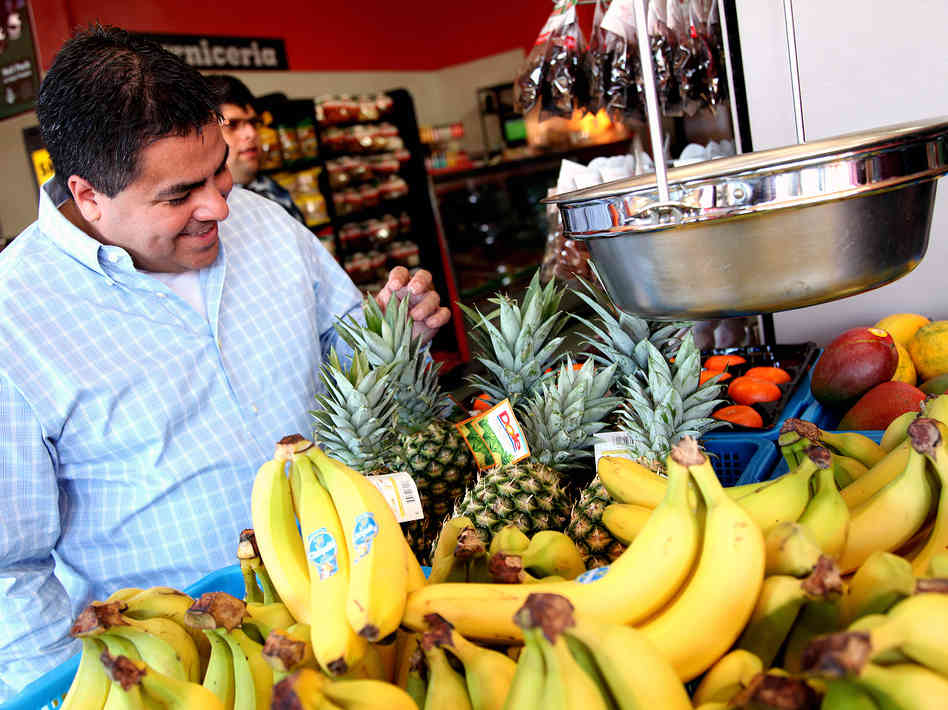 San Antonio is what the entire United States will look like in 40 years, some say.

That’s good news, but not all good. San Antonio’s large Latino population contributes immeasurably to the diverse culture and vitality of our city, just as the continued growth of the Latino population benefits our nation as a whole.

At the same time, some families in our heavily Latino neighborhoods increasingly lack access to the kinds of neighborhood amenities that Americans rely upon to stay healthy, and face some obstacles to good health. These are challenges to health in all Latino cities across the country.

Research has found that, nationally, Latinos live in areas with more fast-food restaurants and unhealthy food advertising, and higher consumption of sugary beverages, per capita than whites and some other groups. Latinos also tend to have less access to parks and playgrounds, grocery stores, and healthy school snacks and after-school physical activity opportunities for children.

For these reasons, researchers have long pointed to obesity and diabetes as key health threats for the Latino community as a whole. This month, this research was reinforced by a new poll by the Robert Wood Johnson Foundation, Harvard School of Public Health, and National Public Radio.

In the poll, Latinos were asked about a wide range of issues in their lives and communities. When asked about the health issue that is the biggest problem for their families, diabetes came up most, among both immigrant and non-immigrant Latinos. When asked to rate specific aspects of their communities, large numbers gave low marks in areas like housing, safety from crime, public transportation, and availability of facilities for exercise and sports.

Unfortunately, given what we know from research about Latino communities and health issues, this is not at all surprising.

Thankfully, there is a growing movement to advance policies that can reduce the prevalence of obesity and diabetes by making healthy food options more prevalent and expanding access to safe places for children and families to be active in their communities. And we are constantly learning more about which strategies are most effective.

For instance, we are finding that shared-use agreements, which enable schools’ facilities to be used outside of normal school hours, can improve public access to places where it’s easy to stay physically active, and may help young Latinos maintain a healthy weight.

Recently, a shared-use agreement was put into effect in Alice, Texas, a south Texas city in a county with an obesity rate of approximately 30 percent. Through a partnership with the school district, residents of the city are now able to use a range of school-owned facilities including gyms, trails, and playgrounds, as well as football and soccer fields.

In San Antonio, we are finding that policies are changing to improve the food environment and economy among Latinos. These “healthy food financing initiatives” can include tax credits, zoning incentives, funding, technical assistance, or equipment to spur supermarkets and farmers’ markets to locate in underserved areas.

For instance, the city is offering a $1 million incentive for a grocer to build a store downtown, where there isn’t a large supermarket. More and more restaurants are participating in the city’s healthy menu labeling program. And recently, the city also worked with several bodegas (Latino-oriented corner stores) in so-called “food deserts” to provide refrigerators/freezers for free if the bodega owners would pay to stock them with fresh fruit and produce.

One store owner, Sandra Gonzales of Nuevo Leon Meat Market, said offering fresh fruit and veggies has increased her store’s profits: “[Customers] would rather stop by somewhere close to home, like Nuevo Leon. They come in and buy everything they need.”

Additionally, San Antonio Mayor Julián Castro also appointed a Mayor’s Fitness Council, which I am a member of, to work across public and private sectors to achieve improved health and fitness across the city.

The council has developed a program to empower students to promote healthy changes at their schools, conducted summits to bring together school officials around improving wellness policies, and trained residents to lead neighborhood walking groups throughout the city.

Changes like these are models for changes in other parts of the country.

We need to enhance and expand on efforts like these to stem the tide of diabetes and obesity among Latinos, thus ensuring that the future of America is healthy for a long, long time.