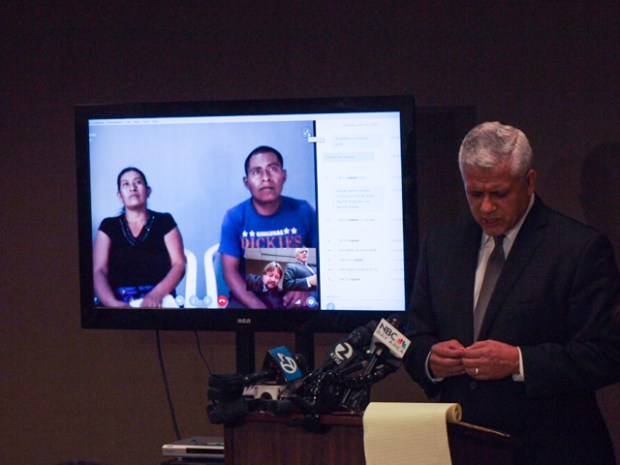 One year after police officers shot and killed Amilcar Perez Lopez, who they say was threatening them with a knife, activists are hoping to keep advocacy on his family’s behalf going strong.

With public outcry mounting after the shooting of Mario Woods, organizers said they are seeing renewed vigor in pushing for criminal charges against the officers who shot Perez Lopez.

On February 26, 2015, officers Craig Tiffe and Eric Reboli responded to 24th and Folsom streets, where a caller had reported a person with a knife. They found Perez Lopez in an altercation with a cyclist, Abraham Perez.

What happened next is unclear, and accounts vary dramatically. Police say Perez Lopez brandished a knife and then lunged at the officers. An account given later by Chief Greg Suhr indicated that Perez Lopez had actually threatened Perez, the cyclist, with a knife rather than an officer.

Witness accounts indicate Perez Lopez had been approached from behind by plainclothes officers, wriggled out of their grasp and then – before turning to run away – dropped his knife at the officers’ commands.

Arnoldo Casillas, a lawyer representing Perez Lopez’ family in a civil suit against the city and Suhr, presented the results of a private autopsy in April 2015 that show Perez Lopez had been shot in the back, casting serious doubts on the police version of the story.

The autopsy results are a major facet of activists’ stance that the shooting was unjustified.

“I think once the Mario Woods thing was seen and people saw the video all of a sudden they realized that, first of all, the cops are capable of killing people…and secondly they’re also capable of covering up,” said Father Richard Smith, a vicar at the Episcopal Church of St. John the Evangelist.

“From the Mario Woods video…People realized, wow, maybe that’s what happened with Amilcar so they kind of went back to revisit it.”

featured, immigrant, law enforcement
Previous Post Part-time mariachi singer and 20-year-old mother of three shares why AT&T's tech program inspired her to create a future for herself
Next PostLatino veteran creates his own script for career success with help from FOX News Ailes Apprentice Program