Former braceros’ march across U.S. for back pay ends in D.C. 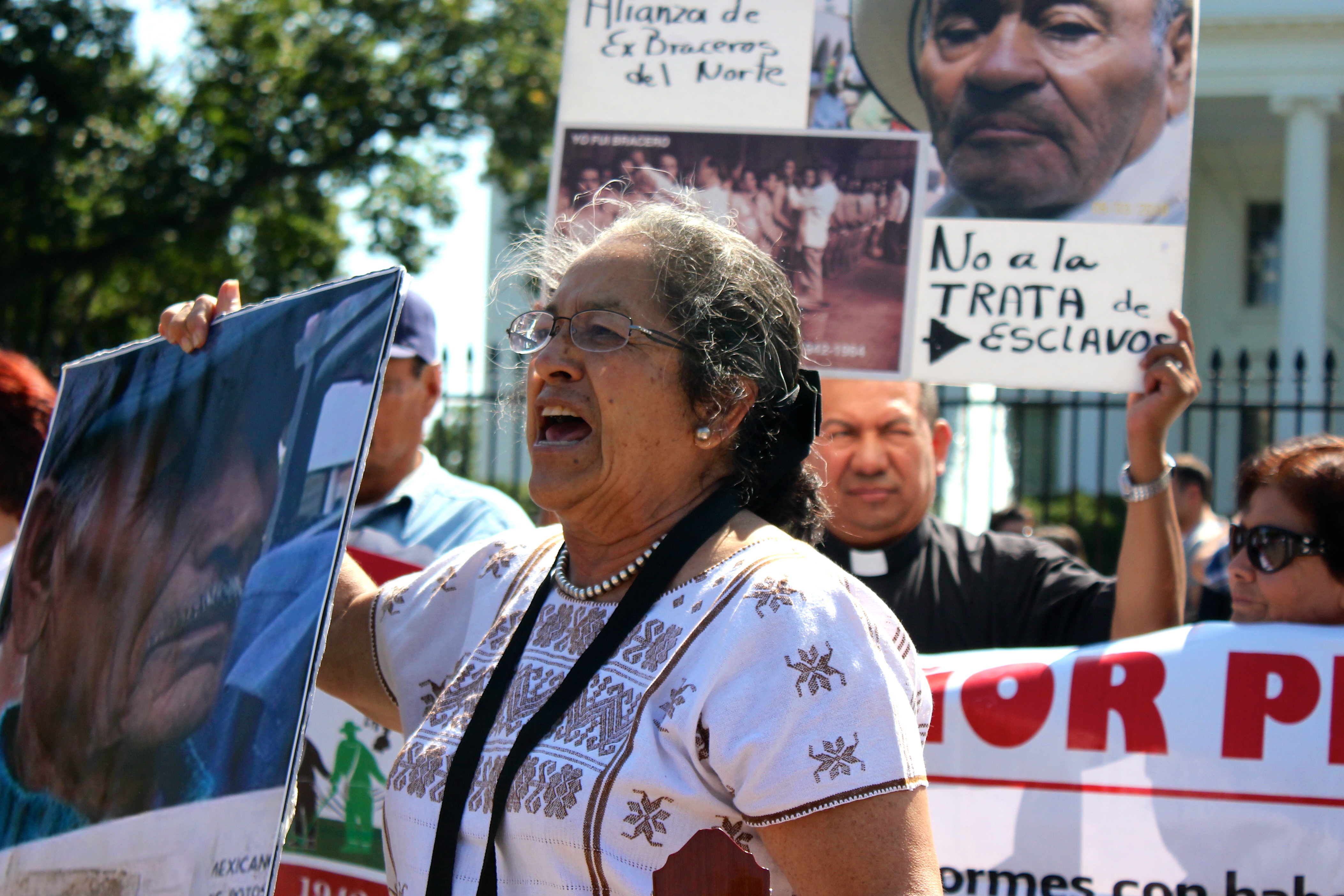 WASHINGTON – A group of elderly migrant laborers ended a cross-country protest Thursday outside the White House, hoping the U.S. would prod Mexico to pay money owed to them for work they did decades ago.

“We want Washington and the whole world to know that the Mexican government stole our money,” the group of 20 “ex braceros,” or migrant laborers, and activists sang. They ended their 22-day cross-country trip, demanding the U.S. government open the Bracero Program files and aid them in obtaining the 10 percent of their wages in savings accounts they claim the Mexican government never paid them.

The U.S. established the Bracero Program in 1942 to give visas to guest laborers who replaced domestic workers who were fighting in World War II. It employed several thousand Mexican agricultural and railroad workers until the program ended in 1967.

The U.S. and Mexican governments made an arrangement to establish a savings account with 10 percent of the farmworkers’ earnings, Rosa Martha Zárate Macías, the group’s organizer, said. However, after the U.S. gave Mexico the money to distribute to the workers, the Mexican government withheld it.

“The U.S. sent the money, and then they washed their hands, but we want to know how much and to how many people this money was given to,” Zárate Macías, 71, of Colton, Calif., said. “That’s why we’re here.”

They’ve been fighting for this for 15 years, Marta Ofelia Lugo Quintero said. The 54-year-old woman represents 300 braceros from her home state of Baja California, Mexico.

“The origin of this fight, which will continue at all costs, is the 10 percent in saving accounts withheld under the Bracero Program,” Lugo Quintero, a bracero’s daughter, said.

Zárate Macías said they know the power to pay them resides with Mexican authorities, but tired of the lack of response they decided to look for answers elsewhere.

In D.C., they met with Reps. Gloria Negrete McLeod and Raul Ruiz, both California Democrats, and delivered a letter to the Mexican embassy that calls for the restitution of 1,523,306 billion Mexican pesos to the former laborers…

Finish reading Former braceros’ march across U.S. for back pay ends in D.C.