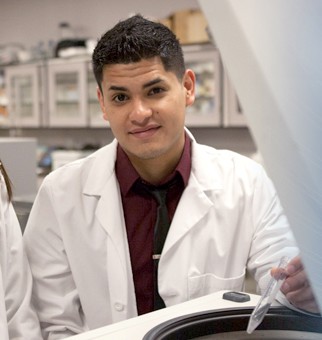 President Obama’s deferred action (DACA) program for undocumented students celebrated its two-year anniversary last month and, owing to its controversial nature, still makes headlines on a regular basis. Republicans in the US Congress have vowed to end the program if they succeed in regaining control of the US Senate in November.

Under DACA guidelines, many young immigrants who were raised in the US and educated in public schools can qualify for a temporary but renewable two-year adjustment to their legal status, obtain a valid work permit, a social security number, and a drivers license (in most states).

But as one DACA student discovered this summer, traveling abroad is still a tricky proposition.

Yair Muñoz is a rising-senior at Armstrong State University and has been very active since arriving on the Savannah campus from his hometown of Quitman, Ga. three years ago. Since that time, Muñoz has served in student government, the student ambassadors program, and was president of HOLA (Hispanic Outreach & Leadership at Armstrong).

He is pursuing a degree in pre-medicine and plans to become a family physician.

Muñoz is spending this semester in Heredia, Costa Rica studying cellular and molecular biology at the Universidad Nacional…