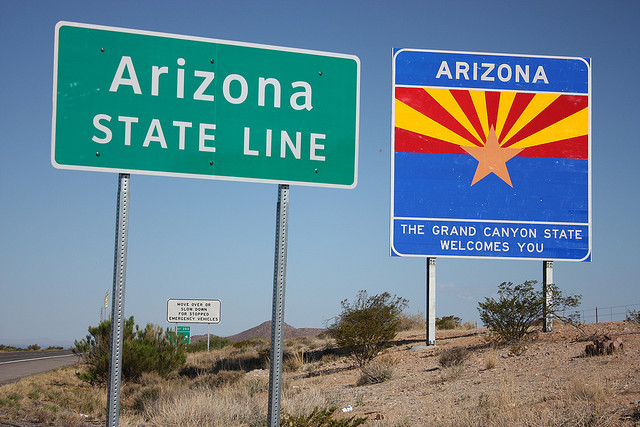 PHOENIX – Arizona has a national reputation for hard-core conservatism, but it’s inevitable that Democrats will hold sway in the state as the Latino population grows and independent voters surge, a pollster said Saturday.

Jim Haynes, president and CEO of the Phoenix-based Behavior Research Center, said the shift has been slowed thus far by a lack of participation by Latino and independent voters.

“It’s just all the population dynamics point to sooner or later – and I’m going to say later, which is to say maybe a couple of presidential election cycles from now – before Arizona becomes a blue state,” he told those attending the Society of American Business Editors and Writers’ spring conference.

Providing a look at Arizona’s politics and demographics, Haynes said that while Latinos historically lean toward Democrats, “one of the most disgusting political spectacles” he has seen is Republicans ceding that voting bloc.

“They’re not doing a thing to reach out to them,” he said. “We know that in terms of basic values, including family values, that there are a lot of areas of logical connectivity between some of the Republican points of view and Latino attitudes.”

As of March 1, independent voters passed Republicans to become Arizona’s largest political bloc. However, Haynes said the rapid increase in independents isn’t having a significant effect because they aren’t showing up to the polls in great numbers, especially for primaries.

“They leave them to the true believers on the Republican side and the Democrat side,” he said. “What you get is more hardening of the arteries, more gridlock, more ‘I’m not going to deal with the clowns on that side of the aisle.’”

In the 2012 primary, he said, the Secretary of State’s Office reported that 8.7 percent of voters were independents, who have to choose a political party’s ballot to participate. In the 2010 general election, 41 percent of independents voted versus 68 percent of Republicans and 56 percent of Democrats.

“We don’t know what would make them vote,” he said. “I can tell you that if I were running the Republican Party or the Democratic Party, at least in Arizona, I’d sure want to know who these people are and what makes them tick.”

Asked about the role of the business community when a political controversy arises such as that over SB 1062, the so-called religious-freedom bill Gov. Jan Brewer vetoed in February, Haynes said the influence of business isn’t what it once was because so few of Arizona’s large employers are based here.

Organizations representing businesses urged Brewer to veto the bill. Among the companies objecting were Intel, which has a large presence in the Valley, and Apple, which has announced plans for a Mesa factory.

“When Apple and Intel and companies like that speak, the leadership of the state is bright enough to know that we desperately need the jobs they can provide,” Haynes said.