Veterans open up about immigration 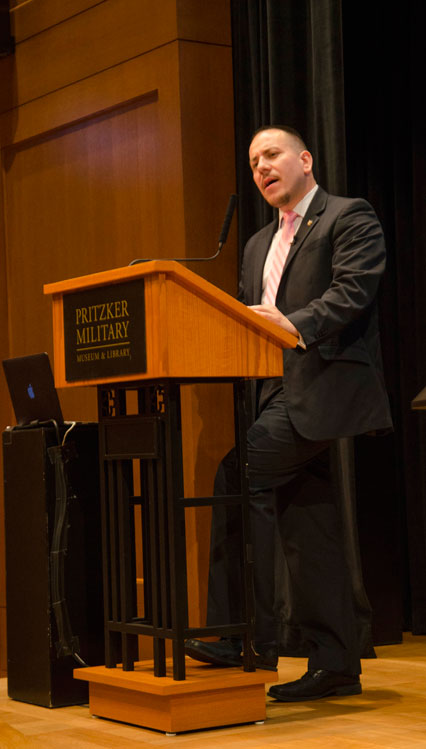 n May 27, Veterans for Immigration Reform held a discussion at the Pritzker Military Library to discuss the role of immigrants in the U.S. Armed Forces and how immigration reform is needed to protect these immigrant veterans.
Rodrigo Garcia, a former Marine and the son of undocumented immigrants, gave the keynote speech during a discussion panel consisting of Garcia; retired Army Colonel Robert Kelley, a Junior Reserve Officer Training Corps (JROTC) instructor with CPS; former Army Officer Brett Hunt, who is in charge of the Arizona branch of Strategies 360; Tim Kustusch, an Army vet and advocate for World Relief; and Hank Martinez, an Army vet of the Korean War who is also the son of Mexican immigrants and chair of the Illinois Family Commission. Each member of the panel noted the importance of the immigrant community in America’s armed services.

“The immigrant community has a long and proud history of service to this country. Those who have immigrated to America have sometimes paid the ultimate price to defend her honor,” noted Garcia.

At the forefront of the panel discussion was the Encourage New Legalized Immigrants to Start Training Act, otherwise known as the ENLIST Act. The legislation would allow those immigrants who came to the U.S. unlawfully at the age of 15 or under to be allowed to enlist in the U.S. Armed Forces as long as they are qualified, and in turn, they would be granted permanent residence in the U.S.