World’s only binational airport skybridge to open in December 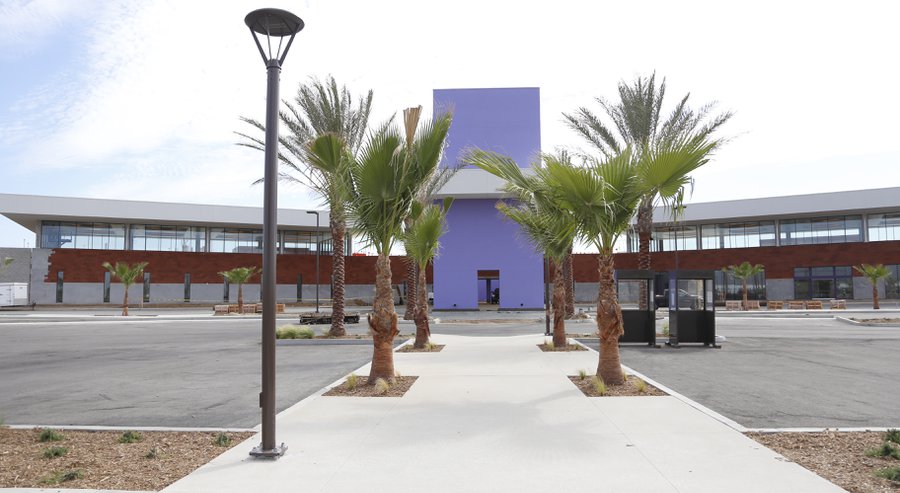 A gala event at the new Cross Border Xpress bi-national terminal in Otay Mesa gave visitors a first peak around the world’s only airport skybridge to cross an international border.

The event was a kickoff dinner for the Mexico Moving Forward conference sponsored by UC San Diego’s Center for U.S.-Mexican Studies at the School of Global Policy and Strategy.  The conference brings together business leaders, scholars, and policy makers to discuss Mexico’s progress and future direction.

CBX, as the Cross Border Xpress is known in the airport world, is scheduled to open to the public on December 8th.  The new terminal is located directly across the border fence from Tijuana’s Rodriguez Airport and connects with the Mexican airport via an enclosed pedestrian skybridge.  Travelers will be able to park on the US side and have direct access to flights departing Tijuana.

The terminal will serve an estimated 2 million annual Tijuana airport travelers that currently cross the border at the land ports of San Ysidro and Otay Mesa. The Tijuana airport serves more…

Another senseless murder of a college student in Mexico
Comment
Crowdfunder: Helping inmates understand the meaning of their lives