Profile: A Pioneer of Pilsen Muralismo 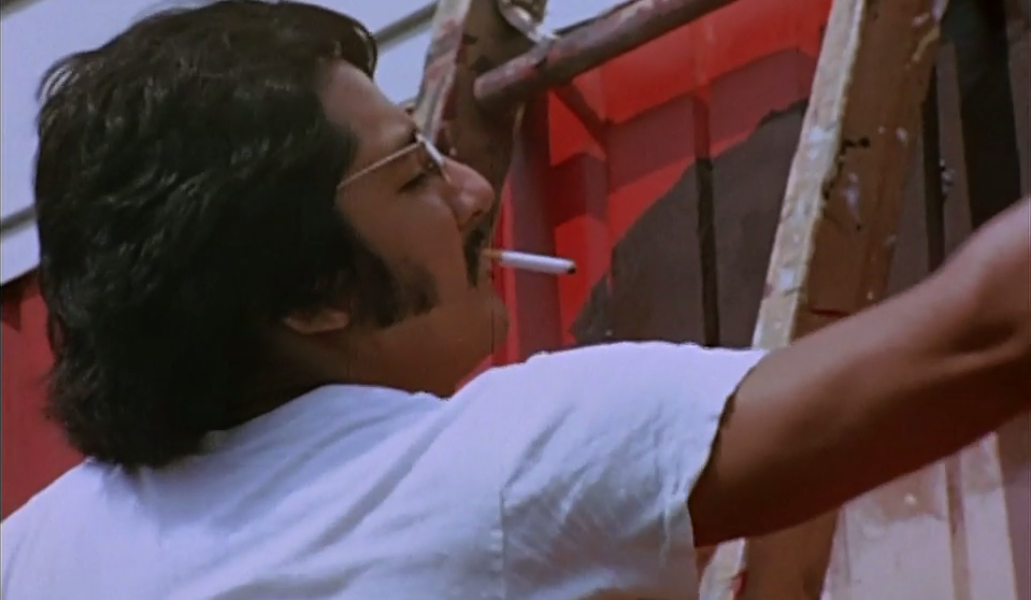 (This story appears in its entirety on Gozamos.com)

Murals are as old as the Aztec and Maya writings, and the murals in Pilsen derive from that historical influence. The Chicago muralistas of the late 1960’s looked to the Mexican artists we’ve all heard about, “Los tres grandes” who graced the colossal public spaces of 1920’s urban Mexico with pro-indigenous and Mestizo revolutionary art.

At the peak of Brown consciousness in the United States, Chicago produced who I consider to be “Pilsen’s tres grandes”, artists Mario Castillo, Ray Patlan, and Marcos Raya. Much has been documented about these three art pioneers, but this article focuses on one.

In 1974, the production company Kartemquin Films released “Viva La Causa”, a documentary that filmed Ray Patlan during a summer mural project on 16th & Blue Island. To celebrate Kartemquin’s 50th Anniversary, their website streamed “Viva La Causa” for free earlier this month. It’s too late for that, but you can still rent it for 2 bucks and it’s on DVD.

After watching the film, I reached out to Ray, who’s lived in California for a while, to talk about the documentary, the beginnings of the Pilsen art movement, and the future of community and of public art.

Can you introduce yourself?
My name is Ray Patlan. I’m an artist, I do murals and I teach. I’m an instructor at the university level.

You mention in the documentary that the first Chicano mural in Chicago was in the summer of 1967. Can you tell me more?
I don’t remember the film because it was so long ago (laughs). The first Chicano mural was probably the one by Mario Castillo by 18th & Halsted and it was on a bank. It was an abstract mural. He was a good friend. We had actually worked together as friends on smaller paintings and we shared a studio later on in our lives on 18th and Halsted, in that area. He was teaching for a long time, I don’t know if he still is. I lost contact with him. What was the motivation behind this public art idea?
Well, I know what it was for me, and it probably was, I’m guessing, for Mario. Because we at that time had thought along the same lines in terms of art. We had seen our roots in Mexico and in visits there we had seen the master Mexican muralists: Rivera, Orozco, Siqueiros. And I felt personally that if the Mexican murals could have such an effect on the Mexican people, that we could have an effect on the Raza here and maybe the rest of the American people, with such a public art movement. So we began to initiate public art with some of our images and other images that related to people here, not just Raza, but primarily Raza.

Were you born in Mexico or how were you exposed to the great Muralistas?
That’s a good question…