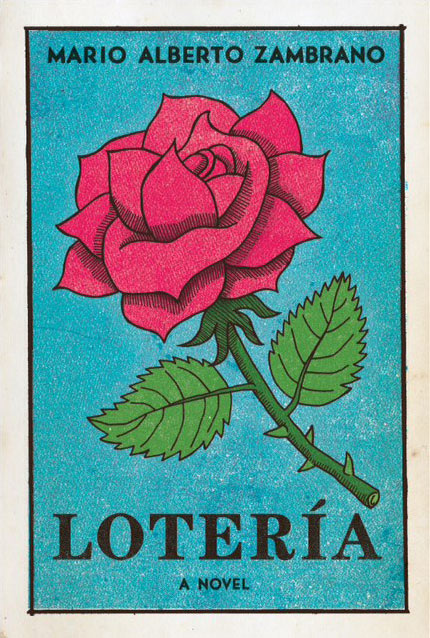 LatinaLista — Mario Alberto Zambrano didn’t grow up having dreams of being a successful author. Rather, his dream was to appear on stage — as a ballerina. It was a dream this Houston, Texas native more than accomplished receiving his first dance contract at 17 and touring the world dancing with several dance companies from the United States to Germany to Israel.

By the time he was 25 years old, Zambrano was physically and emotionally exhausted. He quit dance and spent several years looking for that next artistic endeavor that would allow him to express himself in his own unique way. It wasn’t until he remembered a childhood love of playing the Mexican version of BINGO known as Lotería that Zambrano knew what would be his next career.

Always fascinated by the bright, simple images among the Lotería deck, Zambrano wanted there to be a story behind each image, and he knew he would have to create it. What he came up with is his debut novel recently published (July 2, 2013) and titled, what else, Lotería (HarperCollins).

With her older sister Estrella in the ICU and her father in jail, eleven-year-old Luz Castillo has been taken into the custody of the state. Alone in her room, the young girl retreats behind a wall of silence, writing in her journal and shuffling through a deck of Lotería cards—a Mexican version of bingo featuring bright, colorful images.

Neither the social worker assigned to her case nor her Aunt Tencha, who desperately pleads for her niece’s release, can cajole Luz to speak. The young girl’s only confidant is her journal. Within its pages, Luz addresses an invisible higher power, sharing her secrets.

Using the Lotería cards as her muse, Luz picks one card from the deck with each shuffle. Each of the cards’ colorful images— mermaids, bottles, spiders, death, and stars—sparks a random memory. Pieced together, these snapshots bring into focus the joy and pain of the young girl’s life, and the events that led to her present situation. But just as the story becomes clear, a breathtaking twist changes everything.

In the following video, Zambrano reads a short excerpt from his book — conveying a passion and enthusiasm making his words ‘dance’ in mid-air.