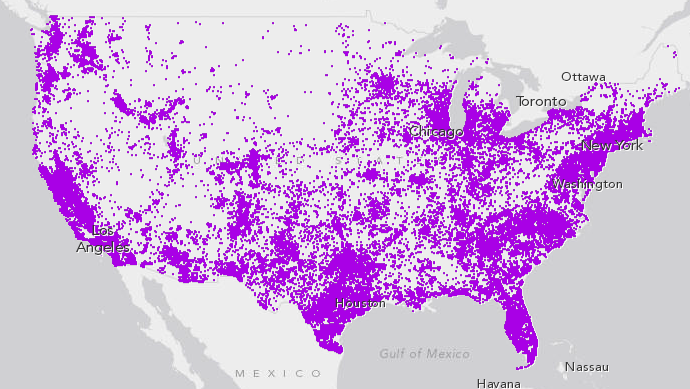 LatinaLista — Living up to the nation’s (unofficial) tagline — “A country of immigrants,” a new report by the U.S. Census highlights the truth of that statement and the increase of language diversity in the country. Language Use in the United States: 2011 identifies the 300 different languages spoken by Americans.

And contrary to popular belief that Spanish is taking over the country, the report’s authors found that the use of Spanish didn’t grow as much compared to South Asian and African languages. Interestingly, the report noted a decline in usage of what were once very popular languages in the U.S. — Italian, French, German, Polish, Yiddish and Hungarian.

“This study provides evidence of the growing role of languages other than English in the national fabric,” said Camille Ryan, a statistician in the Census Bureau’s Education and Social Stratification Branch and the report’s author. “Yet, at the same time that more people are speaking languages other than English at home, the percentage of people speaking English proficiently has remained steady.”

Used as a way to determine English proficiency, the report also projects the future of language use in the nation.

Two offsetting influences determine the number of people in the United States who speak a language other than English. The first is immigration — if an increased number of people enter the country from places where English is not the main language, the number who speak other languages at home will increase.

A second major influence is population aging — as people get older and spend time in the United States, they are increasingly likely to make English their main language of communication. The research shows that we can expect a small increase in the percentage who speak a language other than English at home in coming years.

So where are all these “speakers-of-other-languages-than-English”?

In addition to releasing the report, the U.S. Census is also unveiling a new interactive map that shows exactly where the nation’s multilingual live.

The interactive map identifies areas of the country where people reported that they speak English less than “very well.” It’s the lack of English proficiency in these areas that the US Census says the map will be particularly useful to educators who want to set up English classes, businesses who need to know in what language to reach the local community and for first responders who need to be prepared to speak to people of a particular area when attending an emergency.

While English may be the common language of the nation, the map visually illustrates the fluid history of a nation that has built itself to where it is today on a foundation of diversity — in both people and language.

(Featured Photo: Map from the 2011 Language Mapper Tool illustrating where Spanish-speakers live in the U.S.)