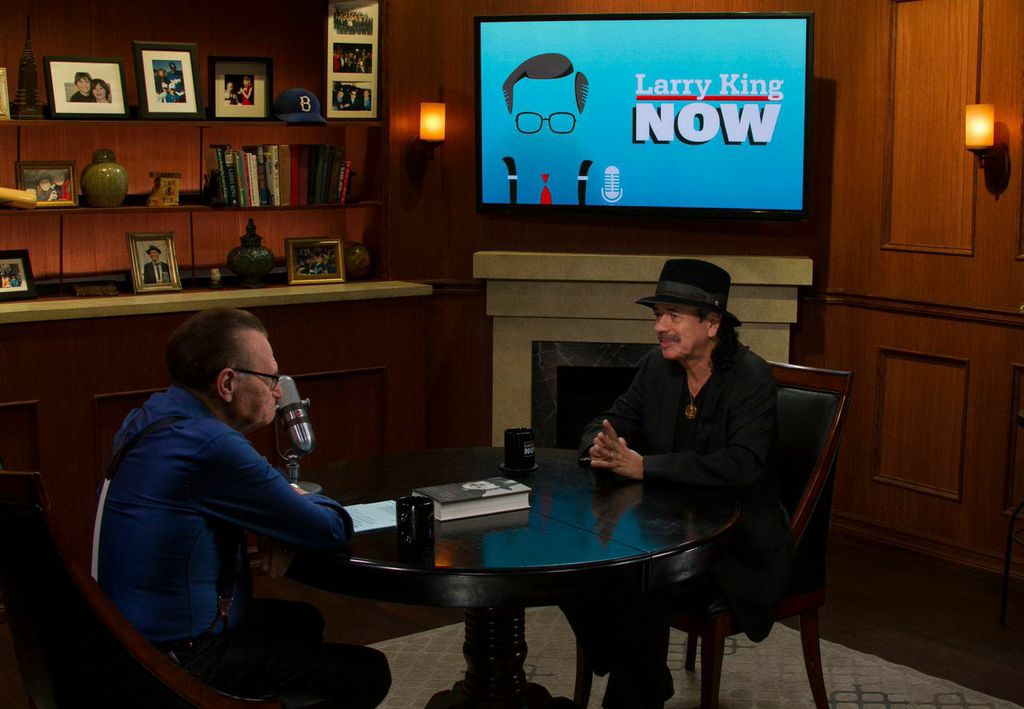 LatinaLista — Carlos Santana is more than just a Latino musical icon. Over the years, this talented guitarist has used his “stage” to promote literacy, expose discrimination, support up-and-coming Latino/a artists and given a voice to those who suffer without one.

Never afraid to speak his mind, this 2013 Kennedy Center Award honoree was one of the first Latino artists who seem to seamlessly cross the cultural divide between the Latino and mainstream music scene, as well as, the general media.

As further proof of his ease in straddling two worlds, Santana was a recent guest on “Larry King Now,” a program on the online television network Ora.tv, where Santana shared his insights on everything from the Ferguson protests and Obama’s executive action on immigration to life after death.

Never missing a beat on the mission of his life’s work, Santana shared with King his feelings on being recognized with a Kennedy Center Honor:

“On behalf of all the people who clean all the sheets, and bathrooms and all that stuff in every hotel in America, I represent them. I am the dreams and aspirations of the invisible people. I am.”

Documenting the undocumented within Latin America
Comment
What Happens in Mexico, Lives in the Mission District of San Francisco