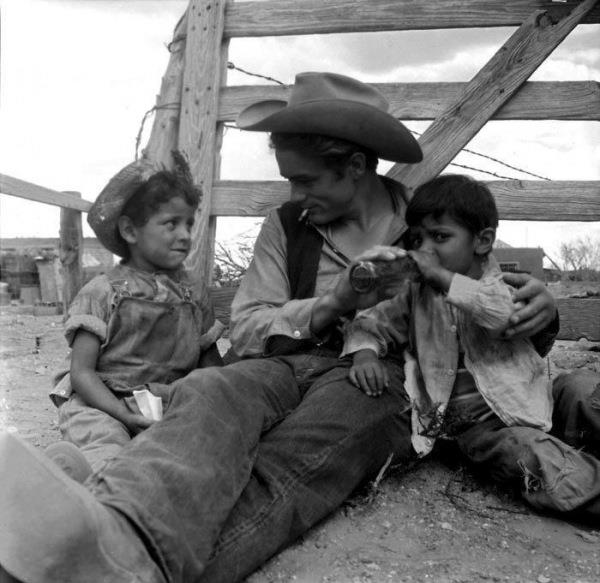 LatinaLista — Any real movie buff who considers herself an expert in film knows the cinematic masterpiece GIANT. Filmed in 1955, 60 miles from the Mexican border in a small West Texas town called Marfa, GIANT starred some of the biggest stars of the time — Elizabeth Taylor, Rock Hudson and James Dean, to name a few.

The story was an epic tale of a wealthy Texas rancher, his wife, their descendants and their life together over 25 years in a part of the country where racism against Mexican Americans reigned as supreme as the iconic cowboy. To its credit, the film was among the first to openly tackle the issue of racism.

The length of the film was epic in proportion for that time as well – over 3 hours, but the portrayal of life in a region of the country unknown to most people was so spellbinding that Hollywood showed its appreciation by awarding it five Oscars.

Over the years, GIANT cultivated a cult following with hardcore fans knowing every piece of trivia about the film and its stars. Chances are though that even these hardcore fans didn’t know that the film’s Mexican Americans had to watch the film in a segregated movie theater.

This is just one new revelation that is revealed in the upcoming documentary titled Children of GIANT. Directed by veteran documentarian Hector Galan, the film explores what happened to the Latino actors in the aftermath of the film and how it changed their lives.

Children of GIANT premieres on PBS stations on Friday, April 17, as part of the series VOCES.