Guest Voz: Fixing immigration will herald a new economic beginning for the nation

LatinaLista — When it comes to the immigration debate, each side has their own solution on what to do about it. Yet, an issue that is so intertwined in the fabric of U.S. society isn’t served justice by applying partisan solutions. It takes either a bipartisan approach or an approach from someone who isn’t beholden to any political ideology, but who has the practical interests of the nation at heart. 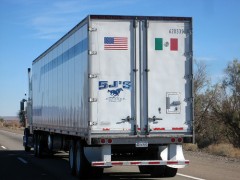 Couple that realistic perspective with the intellect, policy experience and practical knowledge to know why society needs to approach immigration reform from a particular angle and we have today’s Guest Voz author Dr. Rob Sobhani.

Dr. Sobhani received his Ph.D. in Political Economy from Georgetown University and was tapped to be an adjunct professor at Georgetown teaching foreign policy and energy security courses for 15 years.

In the following Guest Voz post, Dr. Sobhani shares a fresh way to look at how the nation’s current immigration system is broken, what can be done to fix it and why it’s so imperative that it be done sooner than later.

News that the Supreme Court will review Arizona’s crackdown on illegal immigration should be welcome because it will settle the question of whether state law can supersede immigration powers belonging to the federal government. The controversial law, S.B. 1070, gives police unprecedented power to detain and check the documents of residents suspected of being illegal, and aims to set up the most aggressive process of prosecution and deportation in the nation.

By reviewing this law the Supreme Court takes an important step in attempting to resolve an important and divisive issue. Unfortunately, regardless of how the high court rules, the core issue at the heart of the debate will remain unresolved–namely, our broken immigration system.

Lost in the legal battle over the constitutionality of Arizona’s law are three mutually reinforcing truths:

First, America’s failed immigration system is the flip side of a failed foreign policy. For example, America has not insisted on good governance in Mexico. As a result of Mexico’s corrupt and unstable economy, which has not provided a decent standard of living, its citizens flock to the U.S. in search of a better future.

In the meantime, our country has added 59 million more people since 1990, excluding the illegal population. This means that our already-broken economic system needs to produce more jobs; protect more of the vulnerable; and build more schools, roads and bridges. The welfare system we have created along with a broken immigration system is unaffordable under the demographic and economic circumstances of the twenty-first century.

Some would argue that we would not have become a global superpower without opening our doors to immigrants – that smart, self-motivated immigrants spurred the innovations and created the jobs our economy needed to thrive. This is no longer the case.

I would argue that it is our system of government, our principles and our way of life that create a culture of opportunity, not the influx of outsiders. Instead of importing large numbers of immigrants, American foreign policy must reorient itself to the soft power of exporting American values and know-how to foster leadership and innovation in other nations.

A second fact lost in the debate is that global prosperity requires a new narrative on immigration and cross border migration. If we allow the poor to escape to rich nations and then redistribute the wealth to take care of the needy new arrivals, we will only impoverish ourselves in the process.

It is imperative that wealth be created indigenously in order to assure global prosperity. This is especially true for the economies of Mexico, Central and South America. How to do it?

One solution is to immediately pass the DREAM Act with the proviso that undocumented college graduates use their degrees to rebuild their communities back home. We can enhance opportunity by establishing a micro-finance plan for those who want to return to their native countries but need start-up capital, and by creating a private-public partnership plan so that jobs are created south of the U.S. border and immigrants (illegal and legal) who are living in the U.S. have the option to return to their homelands and re-build new lives for themselves.

Last year America imported $8 billion worth of toys from China. Imagine for a moment a scenario where American consumers purchased these same toys from our southern neighbors, creating a win-win situation for the region at large.

The third irrefutable truth is that there is a direct correlation between America’s high unemployment rate and immigration. Since 1986, when former President Reagan signed an amnesty bill into law, the U.S. population has increased by 69 million, excluding undocumented aliens. This figure is equivalent to the entire population of France.

In essence, today we have too many jobs chasing after too few openings. Unmanaged immigration has drastically skewed labor’s supply-and-demand curve, resulting in more people in the labor pool and lower wages. This correlation is especially true for America’s black teenage population, now suffering a 40.7 percent unemployment rate in cities across the country. Under this scenario the American economy has to grow by a staggering 6 percent a year to create all the jobs necessary to soak up the excess numbers in the labor pool.

Job creation is the fundamental challenge currently facing the American economy. This is especially true for blacks, teenagers, the elderly and low-income wage earners. Fix immigration and America’s current nightmare of high unemployment and stagnant growth will give way to a new economic beginning.

Rob Sobhani, a former professor of international affairs at Georgtown University, is the author of Press Two for English.