International Peace Day to be celebrated through global concerts 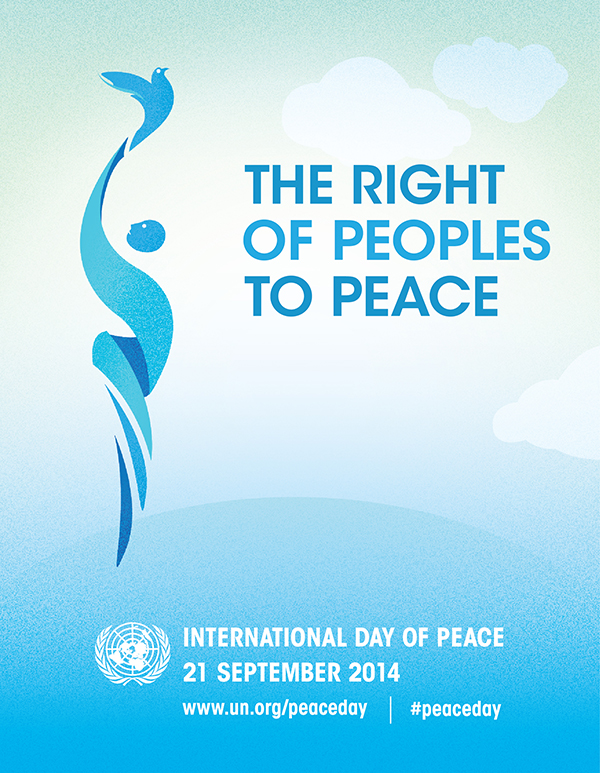 LatinaLista — During a recent visit to Italy’s largest war memorial, Pope Francis warned that the growing number of armed conflicts and senseless violence around the world amounts to a “piecemeal” version of a third World War.

A quick glance at the Global Conflict Tracker reveals he may be right. An even surer sign that violence is getting the better of mankind are the latest beheadings of innocent journalists and aid workers in the MidEast, the Central American countries deemed too dangerous for mission work and the rampant kidnappings and violence in Africa.

The surge in blatant violence makes this year’s observance of International Day of Peace all the more poignant given its theme: “Right of Peoples to Peace.”

Annually observed on September 21, this year’s International Day of Peace will be joined by the international peace movement known as MasterPeace. Emphasizing that people’s talents and energies should be directed at creating a sustainable peace, the movement’s vision encompasses people from all walks of life:

MasterPeace is an exciting community of social entrepreneurs, volunteers, bloggers, musicians, businesses and other active citizens who connect and work together to fuel peace-building and intercultural understanding.”

One popular strategy to raise awareness of peace is through music. The grassroots movement is planning a series of global concerts, or Masterpeace Concerts, in 40 countries on Sept. 21 featuring popular local artists in concerts that will be seen live and online.

Colombian artists have already dedicated a special song in hopes of bringing peace to their country. Over 60 Colombian singers, such as Juanes and Carlos Vives, got together to release “Un paso hacia la paz” (A step towards peace).

Their goal is to promote peace and raise awareness of their country’s 50-year-long armed conflict.

For one day, the universal message will be “make music, not war.” We can only hope that the message is heard.

music, peace, war
Previous Post Crowdfunding Campaign: Creating a "smart" thermometer that turns the heat on for NYC tenants with no heat
Next Post Crowdfunder: Rediscovering Spain's invisible immigrant generation in the U.S.

Crowdfunding Campaign: Creating a "smart" thermometer that turns the heat on for NYC tenants with no heat
Comment
Crowdfunder: Rediscovering Spain's invisible immigrant generation in the U.S.