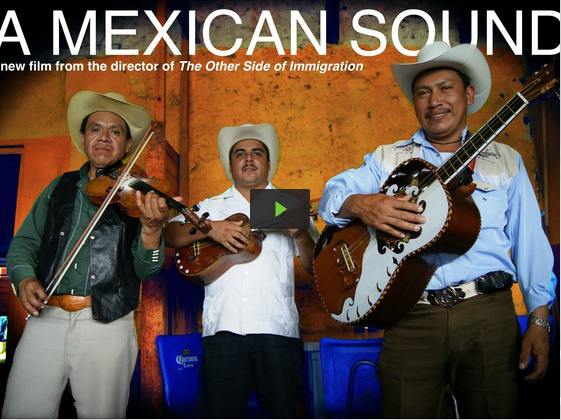 LatinaLista — Anyone familiar with regional Mexican music knows about rancheras, corridos, mariachi, cumbias, etc. What most people don’t know is that there is a whole genre of Mexican folk music known as Mexican Son music.

Mexican Son music, with “son” meaning sound, is folk music that is a mixture of Spanish, African and indigenous elements that uses string instruments, like guitars and violins. The dance that usually accompanies this kind of music has evolved into what is popularly known in the United States as “ballet folklorico” or Mexican folk dancing.

It’s said that mariachi music morphed from the Mexican Son music from the state of Jalisco. Variations of Mexican Son can be found in other regions of the country as well. One particular type is known as huasteco (huapango).

Son Huasteca is performed in the northeastern part of the country in the states of Tamaulipas, Veracruz, Hidalgo, San Luis Potosí, Querétaro and Puebla, an area known as La Huasteca. Son Huasteco as also called Huapango. It is played by a trio of musicians: one playing jarana huasteca (a small five-string rhythm guitar), a quinta huapanguera (a eight-string bass guitar) and a violin. The two guitarists sing coplas or short poetry stanzas, alternating verses between them. Two trademarks of this style is improvised violin ornamentations based on a melody and a high falsetto voice. It origins are in Veracruz and San Luis Potosí but has spread to the rest of the La Huasteca, especially in the state of Hidalgo. It is very popular in the region for major family celebrations such as weddings — Wikipedia.

Being such a regional type of music, it’s not unusual for most people outside Mexico to be unfamiliar with it, or at least know what it’s called. Yet, if Roy Germano, the filmmaker who created the documentary The Other Side of Immigration, has his way the whole world will soon know about huasteco. Germano and his production company are finishing work on a new 26-minute documentary titled A MEXICAN SOUND / UN SON MEXICANO.

“I first heard son huasteco many years ago (without even knowing it) when Cafe Tacuba’s popular rendition of “Ojala que llueva cafe” came out,” Germano wrote in an email to Latina Lista. “Cafe Tacuba had a great son huasteco violinist named Alejandro Flores play on that track, and the song is infused with distinct son huasteco rhythms, violin solos, and falsetto singing.

“The first time I heard traditional son huasteco —”real” son huasteco — was in 2008 while filming my first documentary, The Other Side of Immigration. A friend and I passed through the Huasteca region — a mainly rural section of northeast and central-east Mexico — and picked up a son huasteco compilation CD at a market. I fell in love with the music then and have been learning about it ever since.”

The filmmakers traveled deep into La Huasteca territory to capture not just the unique sound and delivery of lyrics but the way the music is infused into the daily lives of the people in the region. The film introduces viewers to not only the musicians keeping the music alive but to the people through whom the music lives — from a husband-wife team who have been making recordings of son huasteco for 40 years; a man who has created the longest running, weekly son huasteco festival in history and to the new generation of young people who are making the music their own.

Germano and his team have created a Kickstarter campaign to help finish the film so he can submit it to film festivals. As of this posting, he has already surpassed his goal but is urging for more donations so that more royalties can be given to the musicians, more entry fees for film festivals can be paid as well as final post-production work.

For Germano, who has spent a lot of time in Mexico and detailed the challenges and hardships many Mexicans face, this film is about showing another side to a country he has learned to love.

“The Other Side of Immigration focused a lot on Mexico’s problems. For my second film, I wanted to share some of the things I love about Mexico

Copies of A Mexican Sound/Un Son Mexicano are available for pre-order on the Kickstarter campaign page.

documentary, featured, huasteco, Mexico, regional music
Previous Post The 47 percent should be insulted by Romney's statement and the rest of the nation should be appalled and fearful
Next PostBusinesswoman opens Latin restaurant in west Honolulu suburb