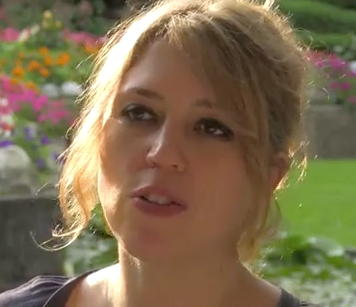 LatinaLista — While the world has focused on Mexico’s crime violence, another country has largely escaped global scrutiny though its crime is reported to be worse than that of Mexico in many respects. The country is Venezuela.

In an April article in The Economist, the situation in Venezuela was laid out:

…The government rarely releases figures, but Tareck el Aissami, the interior minister, has admitted that Venezuela’s murder rate is close to 50 per 100,000 people, among the world’s highest. Some independent calculations put it nearer 70. Most kidnaps are never reported. But one estimate finds over 3,000 a year, more than in Mexico or Colombia.

For Venezolanos, the rise in crime is not only troubling as a social issue but as a national issue. One of the country’s most famous pianists and composers, Gabriela Montero, wrote a 15-minute composition specifically addressing Venezuela’s current lawlessness.

Titled “ExPatria,” the composition reflects the sense of loss of democracy in a country that endures one hardship after another under a corrupt government. According to Montero, the composition is not meant to be a political statement but more of an observation illustrating the conflict and chaos and tragedy of a country that has been taken away from her people and symbolizes Montero’s feelings of losing her home.