LatinaLista — No poll has to be taken to understand that Latinos are as frustrated with our nation’s politicians as the rest of the country. Just as the Tea Party gave rise to a group that gained political influence in Washington, other groups are taking their cue from them. These groups are learning that if anything constructive is to get done in DC, they will have to spearhead their own initiatives. 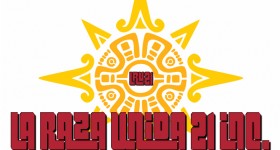 For example, a new group calling itself Americans Elect 2012 wants to redefine presidential politics by bypasing the major party machines and putting an alternative choice on the ballot in all 50 states and the District of Columbia. Their goal is to create a national online primary next spring that isn’t defined by party, but candidates.

Latinos have also learned by example and a group in Phoenix, Arizona aren’t content to just stop at politics. La Raza Unida 21 (LRU21) bills itself as an “action tank.” They want to motivate Latinos to climb to new heights in politics, business and education and have created three subsidiaries to accomplish their main goals of:

“…Latinos are still seen as the whipping dog by the two parties, LRU21’s CEO Isaac Cubillos said. “The Democratic Party takes us for granted and ignores us, and the Republican Party demeans us and creates laws to strip Latinos of their constitutional rights. Neither party values us. They continue to under-educate and under-employ Latinos, and then want to deport us, even those born in the U.S.

“Because America has had generations to accept us — our faces, our colors, our culture — we will not wait another generation. We will rebuild America in our image,” Cubillos said. “There is a million Latino March going on in this country – one million Latinos born each year – and this will happen for the next 40 years. It is now time we begin taking control of the institutions and the political processes for the betterment of all Latinos. Certainly the current batch of leaders are incapable or unwilling to do so,” he said.

The young organization is already undertaking several ambitious projects: The Family Reunification Project to reunite American citizens and permanent residents with their families; Project DREAM to help undocumented students realize their dream of gaining citizenship; Latinos for a New America to convince Latino voters to leave both political parties and register as Independents and through the La Raza Unida 21 Education Foundation, they hope to “preserve the histories of Latino cultures via interactive, tours and establishment of education centers. Additionally, it works with local leaders to save cultural sites, buildings and neighborhoods that are an integral part of Latino history.”

According to the press release issued by the organization, “Each (subsidiary) organization has its own distinct mission, but together, they create a one-of-kind conglomerate that uses all the tools of 21st century advocacy and business to create a whole.”