Latina Lista: News from the Latinx perspective > Causes > This year’s World Food Day highlights the fact that the whole world’s food supply is in trouble and needs attention

LatinaLista — Since 1979, the global community has observed World Food Day. Yet, in the 33 years of making people aware that there are those who are going hungry, the issue is reaching a critical crossroads. 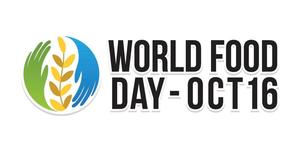 The United Nations, scientists and agriculturalists predict that 2013 could see a global food shortage unlike anything in the past.

World grain reserves are so dangerously low that severe weather in the United States or other food-exporting countries could trigger a major hunger crisis next year, the United Nations has warned.

Failing harvests in the US, Ukraine and other countries this year have eroded reserves to their lowest level since 1974. The US, which has experienced record heatwaves and droughts in 2012, now holds in reserve a historically low 6.5% of the maize that it expects to consume in the next year, says the UN.

Combine that dire news with the fact that food is becoming more expensive around the world and the likelihood of ‘food unrest’ on the horizon in countries that never worried about having enough to eat makes the future look bleak.

However, observing World Food Day brings the issue home and underscores the fact that there are people for whom 2013 is already here. For them, organizers of the global awareness event also promote the campaign Ending Hunger.

While both campaigns encourage people to donate to their local food pantries and food banks, host a dinner in honor of World Hunger Day, plant a garden, volunteer at a soup kitchen, create a protest march to draw attention to hunger or donate money to any food organization, Ending Hunger goes a step further.

Ending Hunger presents practices that could provide solutions in easing the pangs of world hunger.

Cooperatives could be key to feeding a growing global population — Did you know that cooperatives provide over 100 million jobs around the world? That’s 20 per cent more than what multinational corporations offer.

Could large-scale fish farming end hunger? Farms in Viet Nam show some of the problems of going big

The critical point is that unless proactive measures are taken by the global community to ensure the world has enough food to sustain everyone, next year’s World Food Day may take on an entirely new meaning.