LatinaLista — When it comes to chronicling the history of any era, the music of the day is an easy way to get a feel for the mood of the time. This kind of music is mostly known as popular music and the beauty of it is that it covers every genre. 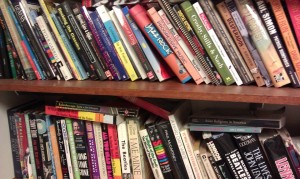 Wikipedia defines popular music as “a generic term for music of all ages that appeals to popular tastes.” By it’s very definition, popular music is one of those college courses that makes sense to study since it’s usually much more than just the music. It’s usually reflective of the social trends and events of the time.

It was that kind of thinking that inspired this week’s launch of the Institute for Popular Music at the University of Rochester in New York. The Institute is believed to be the first year-round institute of its kind at a U.S. college that is devoted academically to the study of popular music.

Though students won’t be able to major in popular music, the Institute’s courses fulfill the requirements of the bachelor of arts with a concentration in music. For its inaugural semester, the Institute will present a series of three lectures and 15 courses ranging from the History of Jazz and Rock Music in the 1970s to Religion and Hip Hop Culture and Music Analysis of The Beatles.

Founders of the Institute envision it being a center for research able to attract both graduate students and post-doctoral fellows studying this particular genre who will continue their research and teach at the university.

In looking over the courses, Latina Lista noticed that there was not one course dedicated to any form of Latin music. In an email exchange with John Covach, director of the Institute for Popular Music and chair and professor of the University of Rochester’s Department of Music, Professor Covach wrote that while he has some potential candidates in mind to lecture on Latino contributions in the popular music genre, he is open to more suggestions and invites recommendations.

“Absolutely we will include Latino contributions,” Professor Covach replied to Latina Lista in an email. “I’d like to get a lecture on this topic in our series next year and if I can find somebody qualified to offer a class, I’ll pursue it. This is an important aspect of pop, as you correctly point out, and crucial to providing a balanced and representative account of music in the US.”