Latina Lista: News from the Latinx perspective > Latino Politics > A Latina with a mission: Promoting civic engagement to change an entire nation

A Latina with a mission: Promoting civic engagement to change an entire nation 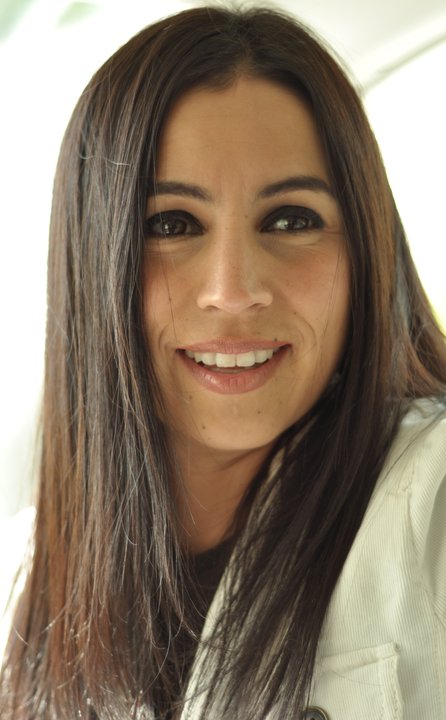 “We are not invisible anymore. We [Latinos] are a key part of the present and we already have a very important role in the near future,” said Claudia Ortega-Hogue, Director of Civic Engagement of the National Association of Latino Elected and Appointed Officials (NALEO) in Houston, Texas, during a phone interview – between meetings, and that’s because Claudia is constantly on the go.

As one of NALEO’s directors, she continually crisscrosses the country — on a mission. “The entire Latino community could be writing the future history books right now, but we, the so-called leaders, need to inspire every single Hispanic to pursue a higher education. That’s the key to open all doors, including the ones in Washington [D.C.]”

Immigrating with her family from Tepic, Mexico – a town of Nayarit – to Tulsa, Oklahoma, for better work opportunities, Ortega-Hogue’s family made sacrifices and adjustments to build a life in America. Her parents instilled in her a work ethic that she has never forgotten.

Study. Study. Study. Dream. That was the mantra in the Ortega household. “Every day, I said to myself that one day I wanted to be sitting behind an executive desk,” she recalls. “Now, I am where I wanted to be. But the dream is just starting.”

Empowering Latinos is not a simple mission; however, it is a ”true calling.” That’s how it is described by Ortega-Hogue, who has been pushing civic engagement for NALEO for the last 6 years.

“This is not a dream job. It is a dream career. I have the wonderful opportunity to show Latinos and especially young ones how to be effectively involved in the community.”

Working in NALEO allows Ortega to help thousands – and even more – of Latinos every year. She uses her personal experience and background to help the community reach a tangible goal. When Claudia talks during a public forum on engaging Latinos to be active in the political field, one asset helps her greatly: she’s been in that position before.

“I was told by mentors and leaders how important it is to be part of the solution, not the problem,” she said. “We can change our situation, the situation of our community, but we need to step out and be involved.”

NALEO is a nonpartisan and nonprofit organization, established in 1981, that facilitates the full participation of Latinos in the American political process, from citizenship to public service.

“We gathered over 6,000 Latino elected and appointed officials; however, as the largest minority in the country, that number is not enough. We need more representation and that is the reason we have different programs to fully integrate Latinos into the political society,” she explained. “We are our own advocates. The best ones, but we need to be part of the process, we need to be present when decisions are taken, and that’s exactly what we [NALEO] do with campaigns such as Ya Es Hora ¡Hágase Contar! (It’s Time, Make Yourself Count!), among many others.”

Ortega-Hogue has a been-there-done-that attitude. Each of her words came out with passion and determination.

“If we are not part of the issues that are important to our community, we will not move forward,” she said. “Voter registration is a powerful tool to change our horizon, to add a Latino twist to the history of this great nation. We are an electoral machine. There are 50,000 U.S. citizens of Hispanic origin that turn 18 every month, in other words, 50,000 potential new voters. This is a wake-up call for both sides, Democrats and Republicans, to really start engaging Latinos with an effective outreach program, not just a prefabricated script full of stereotypes.”

NALEO’s Civic Engagement area works toward building a culture of active participation through a sustained national infrastructure that informs, engages, and mobilizes the Latino community, explains Ortega-Hogue. This includes the promotion of and assistance with naturalization, electoral participation, and census enumeration; and working through local, regional, and national strategic partnerships.

Ortega-Hogue considers herself a trusted messenger, providing access to information for the community by building a bridge of information.

“As a Latina, we can be leaders in our communities and families and take that sense of responsibility,” she said. “NALEO has a very important place when decisions that may affect Latinos are taken. A great example of that is our actions and hearings related to the voting rights act. We are a force of professionals with a single mission: Empowering our community.”