Latina Lista: News from the Latinx perspective > Latino Politics > Paul Ryan Wants Boehner To Bring Immigration Reform To A Vote Even If Most GOPers Don’t Support It 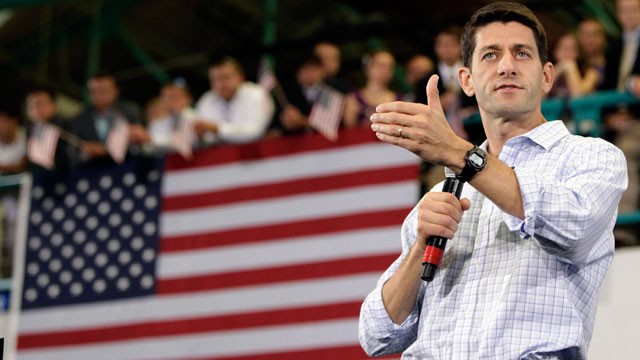 RACINE, Wisconsin — Rep. Paul Ryan (R-WI) made a little-noticed pronouncement at a town hall Friday that could have major implications for the prospects of immigration reform passing the House of Representatives.

Comprehensive immigration reform passed the Senate in June, but its prospects have remained uncertain in the Republican-controlled House. That’s because reform opponents like Rep. Steve King (R-IA) are pressuring GOP leadership only to bring forth an immigration package that is supported by a majority of Republicans, a move known as the Hastert Rule.

Doing so, however, would likely preclude a pathway to citizenship from becoming law because, although a pathway almost certainly has majority support in the House at large, most Republicans oppose it. Bringing it to a floor vote, therefore, would violate the Hastert Rule.

However, during a bilingual listening session on Friday, Ryan said he wanted all components of immigration reform to be brought up for a floor vote, regardless of whether they ultimately received majority Republican support or not.

“We don’t know if we have a majority until we vote on it,” Ryan explained. He also said he’d been in close consultation with Speaker Boehner about how to proceed with the bill.

QUESTIONER: One of the biggest frustrations we’re seeing right now is hearing Speaker Boehner, that he’s going to follow the Hastert Rule. That he’s not going to bring any of these bills forward unless they have a majority support of the majority party. What’s your position, should you maintain that?

I’ve spoken to John Boehner as recently as three days ago about this, which is, we all agree it is better to legislate in stages instead of one big thousand plus page bill that no one has read. […] I’m trying to get to a consensus so a majority of us do support those component parts. I believe that’s achievable because when people really look at the details and they focus on what’s right, I believe what I’ve just laid out is something that a consensus of Republicans and Democrats can agree to.

Ryan also revealed in the town hall that the House likely wouldn’t proceed with immigration reform until October.