Hitting the Ground Running: The story of Clemente Rodriguez 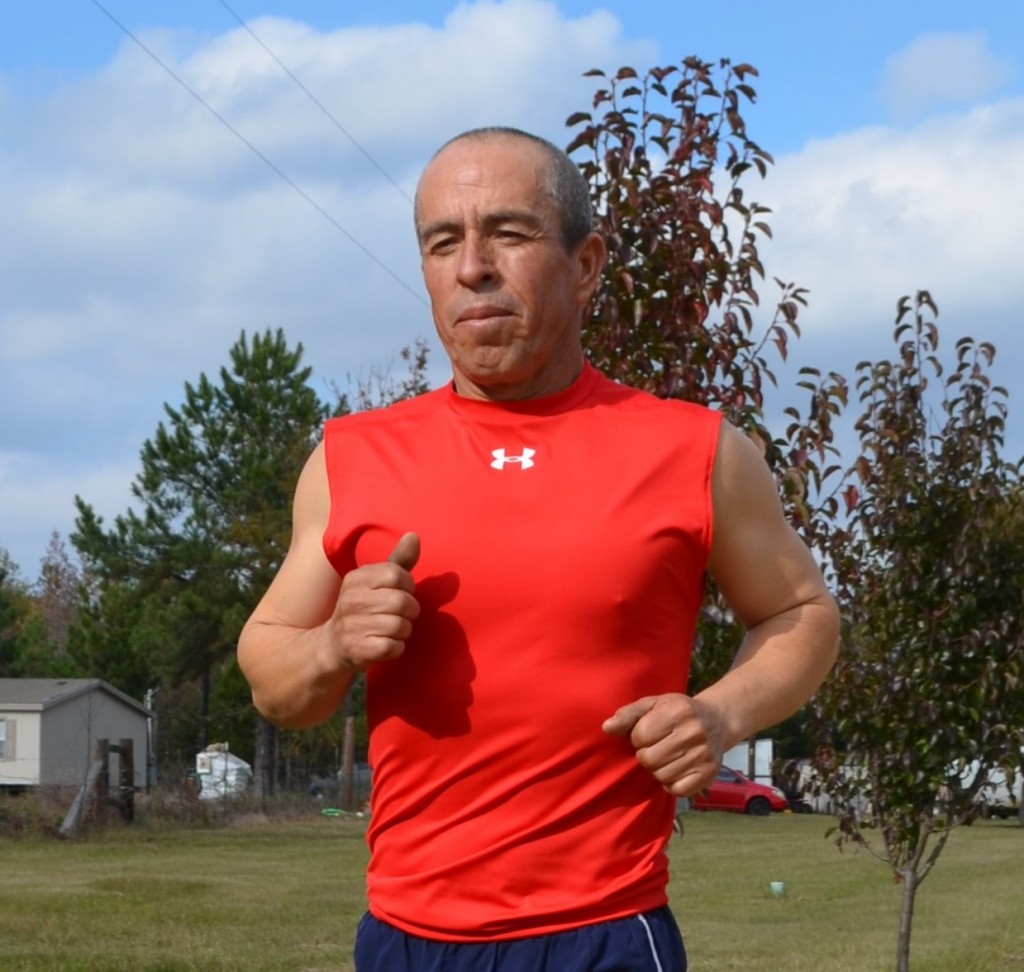 It’s before dawn and Clemente Rodriguez hits the ground running. He pulls on his work clothes and heads out to meet his power line crew somewhere in East Texas to start a 10-hour day of demanding and sometimes dangerous work.

Clemente is a lineman, and he spends much of his days 30 feet above ground in a bucket truck or climbing power poles to install, maintain and repair high voltage electric lines. It’s a rigorous job. One that requires strength, agility, endurance and just plain smarts.

Clemente is no stranger to hard work. He started life in Guanajuato, Mexico, coming to the United States about 30 years ago as a migrant field worker when he was just 18-years-old. It took him almost ten years before he was able to bring his wife and three children to join him. 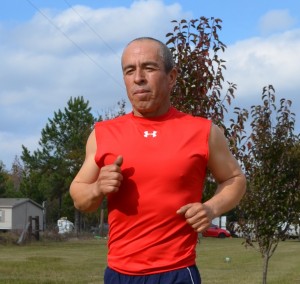 They settled in Mineola, TX, about 100 miles east of Dallas where Clemente chose power line work over seasonal field work because it gave his wife Isdra and five children the opportunity to put down roots. Today he’s a proud citizen of the U.S. and much sought after for his power line skills.

But at the end of the day, instead of going home to his recliner, Clemente hits the ground running again – this time literally. Clemente is training to compete in the MetroPCS Dallas Marathon on December 8. No small feat for someone who only discovered running to avoid a doctor’s prescriptions.

“When I decided to start running, it was because I was actually in bad shape; my back was giving me problems,” Clemente said. “I went to the doctor and he gave me lots of pills and things, and I just hated it. The pills were expensive – about $200 altogether – and I thought I could get a handle on my health on my own by improving my lifestyle beginning with walking, then running.”

He began to take daily walks, and found he liked it so well he started to jog. Soon he was covering several miles at a time and decided to see how far he could go. The results have been dramatic.

“From the time I felt bad and started running to date, I lost about 30 pounds. I just liked the way I felt and the progress so I kept doing it,” he said. “Then about two years into that, I wondered how far I could go if I really pushed myself. I also changed my diet. I eat mostly organic. I don’t eat a lot of fats or sweets. With all these changes and with God’s help to stay dedicated to my healthy lifestyle, I don’t need pills from the doctor. I’m healthy! I don’t hurt. I feel healthier now than I did 20 years ago!”

Clemente set out to test his new running skills. He began to enter local races and placed well. Then he set his sights on a half-marathon. He ran his first half-marathon about eight years ago, and has run several since. In his most recent race he finished 2nd in a field of 80 runners, just seconds behind the first-place winner.

“My training started without formal competition,” Clemente said on a recent day. “I just started running farther and farther and decided to do a race once I got up to doing eight and nine miles. I’m old! I’m 48 and I ran a one-hour 27-minute half marathon – that’s pretty good! I was keeping up with college guys. Now, I use a more formal training schedule, like today, I have to run 13 miles. The schedule helps prepare me. But all I do is look at the paper, and run the distance I’m supposed to that day. I fit it in when I can.”

Which often means you can see Clemente running in the evenings under the street lights in his town’s parks. He avoids gyms, finding them confining and embarrassing after he once was asked to leave a fitness center because he put too many miles on the equipment.

But it was a dismissal he received with pride because he knew it showed just how serious he has learned to take running.

Though he won’t be the biggest guy in the Dallas Marathon, he has big plans to finish strong – both in the marathon and in life in general.

“I’m 5’5” and people see me and wonder how I can do this type of power line work, because I’m a small guy,” Clemente said proudly. “But I’m filling my body with good food, organic food, natural stuff the way God intended, and with the running, I can do work now I never could have 20 years ago!”

exercise, health, running, sport
Previous Post Getting Into College: The Best Apps To Use
Next PostVideo: For one academic, the search for Latino identity begins with literature

Getting Into College: The Best Apps To Use
1 Comment
Video: For one academic, the search for Latino identity begins with literature