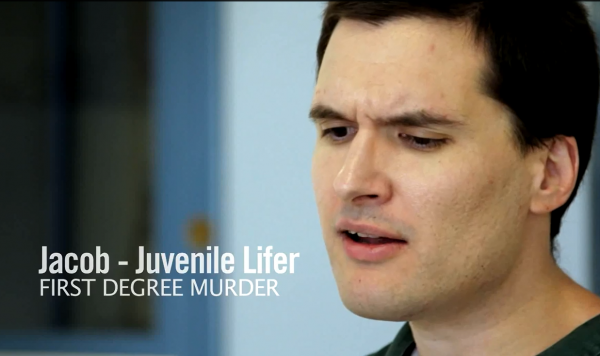 LatinaLista — The debate over whether to try children as adults is intensifying as more children are committing deadly and heinous crimes.

In the United States today, more than 2,500 individuals are serving life-without-parole sentences for crimes they committed when they were 17 years old or younger. Children as young as 13 are among the thousands serving these sentences.

Educators, lawyers and psychologists agree that a student’s environment, relationships with others and cognitive abilities play a part in how these teens respond to situations. Now, a new documentary wants to shed light on these influential factors to illustrate that for many of these kids there is a reason, sometimes a strong one, as to why they do what they do.

Lost for Life highlights four juvenile ‘lifers’ and examines the cases that brought them to spend their lives behind bars. Filmmaker Joshua Rofé doesn’t just highlight the sad situation of these lifers and their families but forces the question, “how much mercy should be shown these children who have no remorse nor empathy for their victims.”

In an interview with Huffington Post, Rofé described how his own thoughts have evolved since filming the documentary.

Over-sentencing and over-incarceration are an epidemic in the United States. Look no further than Eugene Jarecki’s The House I Live In; that film breaks down just how broken the system is. I also have friends who either served obscene sentences for crimes they did not commit and were saved by the Innocence Project or are still serving despicably long sentences due only to the color of their skin (Kenneth Young of Florida). That said, my film is about people who are guilty, they are the supposed ‘worst of the worst’ of juvenile offenders, and I was sometimes shocked find how much I liked some of them. They were human and they were and are in pain. Some of them are hoping for a second chance although they were never really given a first chance. The notion of empathy took on an entirely new meaning for me, but I also met juvenile lifers who are so far from the realm of redemption that it’s terrifying. Terrifying because they look and sound just like our friends and neighbors. Ultimately, I was left to wrestle with this: Is a kid’s life worth more than the worst thing they’ve ever done?