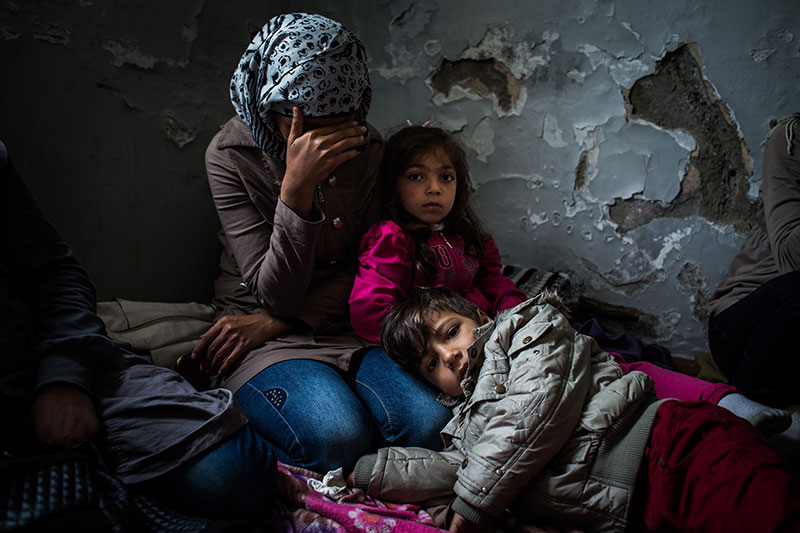 Campaign: Bringing the necessities of life to desperate refugees

Two weeks ago, the White House reached out to Kickstarter with an idea.

What if Kickstarter could be used, they asked, to help the millions of refugees seeking safety in the Middle East and Europe?

Folks at Kickstarter immediately said yes. With this campaign, they're answering that call, and working to raise awareness, raise funds, and deliver aid to those who need it.

The rewards are all about giving, not getting. And they’ll be donating 100% of their usual fee to support these aid efforts.

Most days, this site is a home for people working together to create new things, but this campaign is about something else: working together to bring the most basic of necessities to people who need them dearly. Even a little support can give a family dry clothes, fresh water, or a place to sleep — those “small” things that become everything as soon as you’ve lost them.

For months, the world has watched the steady unfolding of a humanitarian crisis. Waves of refugees, driven from their homes by violence and war, have given up everything to escape. They’ve crossed nations on foot and open water in cramped, unsafe boats, just to reach someplace — anyplace — safe.

The UN Refugee Agency's (UNHCR)  job is to help them survive and recover: to provide aid and shelter, reunite families, and support people as they struggle to build new lives.

This year alone, half a million refugees have found their way to Europe. Many of them arrive exhausted, malnourished, and carrying the few possessions they could save. Six thousand more are arriving in Greece each day. Globally, more than half of the refugee population is under 18. Often, children end up separated from their loved ones, lost in strange new places.

UNHCR is helping, in Europe and around the globe. And you can help them.

At the invitation of the White House, we’re joining the effort to support their important work. Any money you give through this campaign will go directly to USA for UNHCR to provide aid to people who need it — everything from food, water, and warm clothes to special care for children separated from their families.