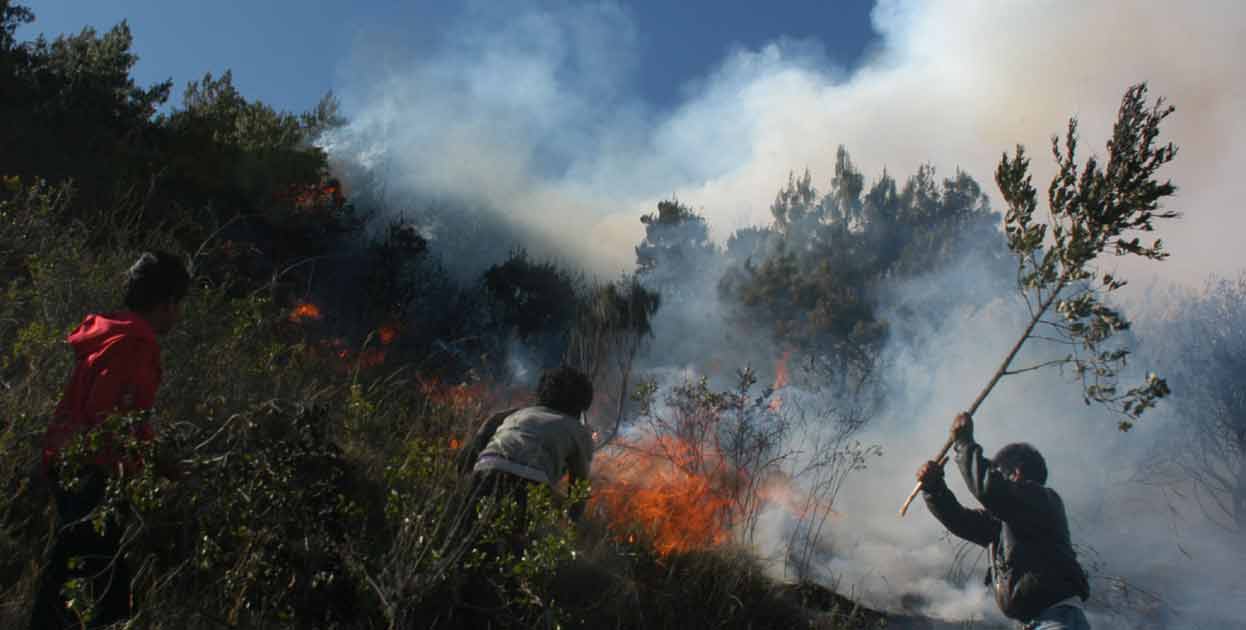 The “El Niño” weather phenomenon that is causing extreme drought in Colombia is affecting the country’s urban water supplies and has caused thousands of forest fires on the countryside.

The Minister of Environment and Sustainable Development, Gabriel Vallejo, called on locals and local authorities to respond to the rise in temperatures and droughts that in 2015 alone have caused 2,952 forest fires, consuming 68,000 hectares of forest, according to government reports.

Colombia prepared to face El Niño, says government
Vallejo asked Colombians to refrain from directly or indirectly taking part in activities that are causing the spread of forest fires, as according to reports, it is suspected that “criminal hands” have a large part to play in the destruction being caused.

“I ask you strongly to… [not use fireworks in parties], it is prohibited to ignite flames and start bonfires, but primarily I denounce the pyromaniacs because it is understood that the majority of fires are generated by people,” said Vallejo.

According to reports, the government asked locals to report firestarters.

Speaking from the city of Manizales in the coffee growing province of Caldas on Friday, Vallejo said that so far this year, “Caldas has seen 600 hectares of native forests affected by forest fires, we have an active fire in the town of Neira, [and] town water supplies are at low levels due to the lack of replenishment that the rivers have had.”

According to the National Risk Management and Disaster Unit, over $1 million has been spent on fire combatants, humanitarian aid, fire trucks, air support and large quantities of water to combat the fires in seven of Colombia’s provinces, most of which are in the westerly, Andean part of the country or along the northern Caribbean Coast.

El Niño is a weather phenomenon in which a band of warm ocean water develops in the central and east-central equatorial Pacific, which encompasses the South American Pacific coast. A cycle of warm and cold temperatures are common, which is accompanied by high air pressure in the western pacific and low air pressure in the eastern Pacific. This changes global temperatures and rainfalls, and can result in long periods of drought in the western pacific i.e. the South American coast.