Latina Lista: News from the Latinx perspective > NewsMundo > Why US investors claim half the treasure found in Colombia’s Caribbean 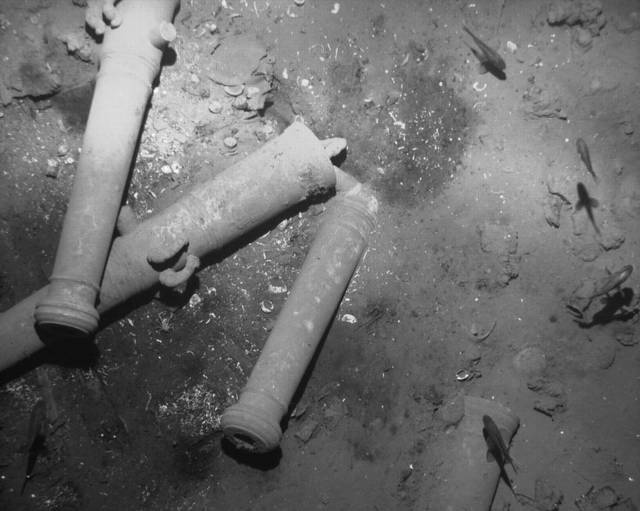 The gold inside the sunken galleon San Jose, found off the Caribbean coast of Colombia on Friday, is worth between a staggering $4B and $17B but is disputed by a US investor group that claims half of the treasure.

President Juan Manuel Santos tweeted late Friday night that divers had found the ship and its massive treasure 307 years after a British war ship sank the vessel just off the coast of Cartagena, now a tourism hotspot.

The president released video of the discovery, claiming it was a ” historic milestone for our submerged cultural patrimony.”

However, a group of American investors united in a company called Sea Search Armada (SSA) claimed that it had found the San Jose site in 1981.

According to SSA, the Colombian government has been trying to “illegally confiscate SSA’s finds.”

SSA Complaint as Filed by SeaSearchArmada

The group sued the Colombian government on several occasions both in the US and in Colombia, where they claimed a judge has given them the right to a 50/50 split of the gigantic treasure, in accordance with the law at the time.

However, Colombia’s Culture Secretary Mariane Garces denied this on Saturday, stating at a press conference that all lawsuits favored Colombia’s claim to the entirety of the treasure found within its naval territory.

According to Harbeston, the Colombian government “keeps repeating the Big Lie (which is unfortunately repeated by the press) that the GOC ‘won the case’ in Federal District court and SSA had lost its rights to the treasure. Nothing could be further from the truth,” the SSA chief wrote CNN.

“It would now appear that the GOC had no intention of good faith implementation of the Colombia Supreme Court ruling by settling with SSA,” Harbeston told the US television network.

“Their intent seems to be to preempt and make moot SSA’s right to visit its property — while flouting its own laws. The GOC continues in its expropriation of property belonging to US citizens in direct violation of its trade agreement with the US,” according to the SSA managing director.

According to “A History of the Litigation over the San Jose Galleon” published by the SSA, the ship was found by a company called the Glocca Morra Company in 1982 after investing $2 million.

The Colombian government then allegedly granted the company half of the San Jose treasure after which SSA acquired Glocca Morra and its claim over the sunken galleon’s treasure.

But in 1984, Congress changed the law that said that any “treasure found in outlying territories will be equally divided between the territory’s owner and the person who made the discovery,” according to SSA.

The 1984 Law 2324 retroactively granted the Colombian government 95% and finders 5% of treasures found on Colombian territory, leaving SSA with between an impressive return on investment of what is now worth between $200 million and $850 million.

Because SSA wanted the original half of the treasure, between $2 billion and $8.5 billion, it appealed the law in 1989.

Colombia’s Constitutional Court subsequently revoked the articles referring to the percentage given to treasure finders “and thereby restored SSA’s ownership to 50% of the discovered treasures,” according to SSA.

The SSA claim is highly inconvenient for the Santos administration that is desperately seeking money to fill a fiscal gap caused by dropping commodity prices and a pending peace process with FARC rebels that is likely going to cost tens of billions.

Guest Voz: Why don't more Latinos contribute to Wikipedia?
Comment
Five things we love: from a school-proof tablet to a ghostly Serbian bicycle