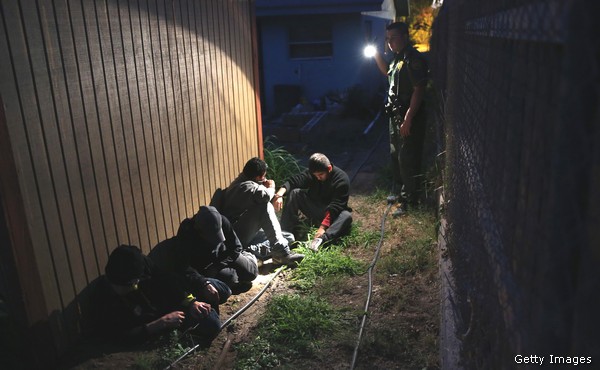 LatinaLista — The Obama administration’s first response to quell growing Latino criticism over excessive deportations was a directive sent to the Department of Homeland Security in 2011 to only arrest those undocumented immigrants considered to be low-priority or who have not committed crimes.

But deportations continue to skyrocket prompting National Council of La Raza President Janet Murgia to recently dub President Obama as “Deporter-in-Chief.” In an interview on Univision’s Al Punto, Murgia told host Jorge Ramos, “The truth is we’re at the point of reaching 2 million deportations. “For us, this is a historic level, more than any other president of the United States. Our community is in crisis, and this isn’t acceptable.”

Her statement provoked a truth-check from Politifact which labeled her remarks as “half-true.” According to their research: “It’s too soon to say that Obama has deported more people than any other president. But with the information available, it looks like he’s on track to do so.”

One of the main justifications for these deportations has been that those being deported were “criminals.” In other words, they had been arrested, tried, served time and deported. In most people’s minds, anyone who serves time must be a hardened criminal.

Rapist, robber, murderer, drug dealer and human trafficker are labels that pop into the average minds of Americans when thinking of criminals, especially, it seems, if tied with Latinos or undocumented immigrants.

Yet, as we discover from a new Pew study, not all undocumented immigrants deported for being a criminal fit the standard definition — just the definition invented by the government.

The Pew Research: Hispanic Trends Project study found that in federal courts, between 1992 and 2012, there has been a 28-fold increase (690 cases in 1992 to 19,463 in 2012) in convictions of undocumented immigrants whose only crime was “unlawful reentry” into the United States.

The study found that most of these unlawful reentries take place at the border.

Most people don’t give any deeper thought to the “criminal” immigrants trying to cross our border, but they should — we all should. If we did, we might realize that the government has gone to the trouble of criminalizing otherwise non-threatening people.

From firsthand conversations with families of deported individuals and immigration lawyers, I know that the vast majority of those arrested for unlawful reentry were trying to return to either reunite with their families or were desperate for work.

These individuals committed no other crimes. Otherwise, they would have been tried in federal court for those offenses.

These individuals guilty of unlawful reentry were fathers, mothers, sons and daughters trying to get back to their families. Or they were trying to get to those pockets of the country where hard labor is the only passport needed to earn enough money to have a basic quality of life back in their home countries.

There’s no way to legally justify entering the country without the proper paperwork and going through the legal channels but there’s also no way to morally justify labeling masses of people as criminals when their only crime is to reunite with loved ones or earn a living that enables their families back home to have a basic quality of life.