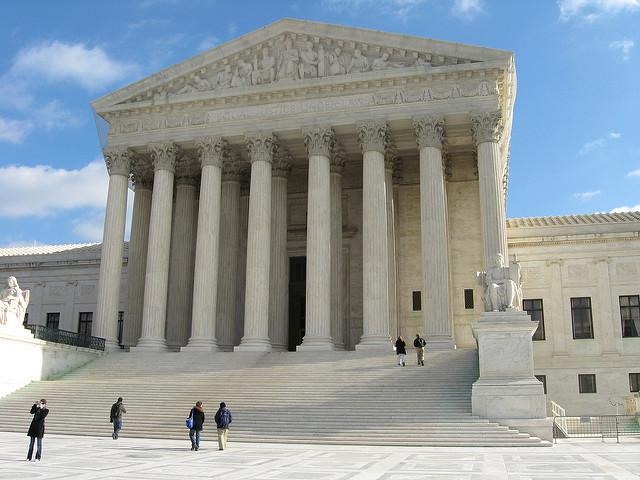 If you haven’t yet heard of the U.S. Supreme Court’s decision to uphold the use of race as a factor in college admissions, you may have at least seen the #BeckyWithTheBadGrades buzz on Twitter and wondered what it meant.

Though it is in part a reference to Beyoncé’s “Lemonade” sensation, the hashtag has more to do with higher education than pop culture.

In a 4-3 vote Thursday, Supreme Court justices ruled against Abigail Fisher in her lawsuit against the University of Texas, where she was not accepted in 2008. She claimed that because the campus considered an applicant’s race in the admissions process, she was passed over for being white, despite her 3.6 GPA.

Texas employs what’s been dubbed “The Top 10 Percent Rule,” which guarantees a place at state colleges for any students who graduate in the top decile of their class. Fisher did not meet this benchmark. In the majority opinion, Kennedy writes that the remainder of the University of Texas at Austin’s freshman class, or about 25 percent, is filled through consideration of an applicant’s academic and personal characteristics — one of which is race.

The Huffington Post reports that the year Fisher was turned down, UT admitted one black and four Hispanic students with test scores and grades lower than hers — as well as 42 white applicants. In addition, 168 Hispanic and black students whose academic and personal achievement index scores were identical to or higher than Fisher’s also did not get in.

It’s unclear just yet how the Fisher case ruling will affect college admissions across the board, but it’s likely to continue having a positive impact on Latino students in Texas, who make up 52 percent of the state’s public schools enrollment. And, though it’s not all attributable to affirmative action, the University of Texas at Austin’s Latino student enrollment has grown from 16 to 20 percent since Fisher was rejected eight years ago.

The Supreme Court’s decision is “a victory for equity, for enriching the college experience for all students and for our country’s future prosperity,” National Council of La Raza President Janet Murguía told NBC News. ”Sixty-five percent of all jobs in the next four years will require some type of postsecondary degree or credential, yet minority students are still facing obstacles to reaching or achieving success in college because of systemic inequities in our society.”

Both the Mexican American and Puerto Rican legal defense and educational funds had filed supportive arguments in the case in support of race as a consideration in college admissions.

Study: Latino children who go hungry more likely to commit crimes later in life
Comment
How to encourage better and more meaningful political participation in the US