Latina Lista: News from the Latinx perspective > Columns & Features > BlogBeat > How bitter primaries can be good for voters

How bitter primaries can be good for voters 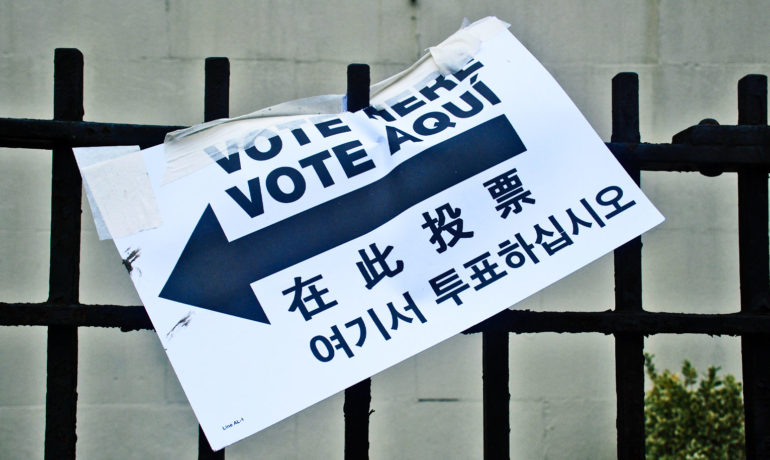 A divisive political primary that gets lots of media scrutiny reduces the party nominee’s chances in the general election, research suggests.

But, if the primary has not generated much attention, then the primary winner is less affected—and sometimes even helped—in the general election.

“When parties go through divisive primaries in (highly) salient electoral settings, they suffer significant penalties in the general election,” says Andrew B. Hall, an assistant professor of political science at Stanford University. He recently wrote a paper on this issue with Alexander Fouirnaies from the University of Oxford.

Primaries involving presidential and congressional races typically attract more media coverage and voter attention compared with state legislative campaigns, Hall says. Political conventional wisdom has maintained that while highly competitive primaries may help parties select quality candidates and inform voters about them, the downside is exposing those nominees’ flaws and hurting the chance of victory in the general election.

Hall’s research confirms this generally, but also explains the role of high and low media coverage as well as the degree of voter attention toward the primary campaigns.

Hall and Fouirnaies examined data from US states that use runoff primaries for party nominations. Runoffs are second-round elections that are triggered when a candidate does not win a high enough percentage of the initial primary vote, usually 50 percent. A runoff typically indicates a more contentious primary season (two rounds of voting as opposed to one) with heavier media scrutiny.

However, in US state legislative races, runoff primaries do not hurt candidates, Hall found. And, in competitive contexts, the runoff process may actually help the candidates in the general election, he said.

The difference, Hall says, is due to the nature of runoff elections in the two contexts. Typically, US House and Senate campaigns receive much more media scrutiny and attention than state legislative races.

“In the US House and US Senate, divisive primaries exert a substantial penalty on parties in the general election. Parties in high salience contexts (those with higher media coverage and voter attention) have a strong incentive to avoid publicly visible conflict among potential nominees,” he writes.

[HOW A BROKERED CONVENTION COULD HURT REPUBLICANS]

He says that in high information contexts, making an informed choice may already be easier for voters, so open competition harms the party in the general election.

In lower information contexts, where figuring out which candidate to choose may be much more difficult for voters, parties do better in an open competition that eventually selects the stronger candidate for the general election, Hall says. Such primaries—typically state legislative races—usually receive less media coverage and voter attention is lower than for Senate or House races.

Beyond this, the researchers also found that the negative effects of runoff primaries are larger when candidates are further apart ideologically. They did not find any evidence that the runoff penalty is higher in states where the runoff primary lasts longer.

THE PERKS OF DIVERSIVE PRIMARIES

Also, commonly suggested reforms—such as eliminating primaries in favor of one general election with many candidates—come with their own problems, he adds.

“Primaries are fundamentally different from general elections,” Hall says. “It’s not clear that they can or should be democratic in exactly the same way as a general election. If we let the voters decide who gets into office, in a purely one-person, one-vote way with plurality rules, some chaotic things can result from the large number of options.”

[THESE EXPERTS SAY WE SHOULD DITCH THE ELECTORAL COLLEGE]

In such a scenario, he says, voters could cast ballots on a very wide field of candidates not vetted by a primary process and as a result, “accidentally” elect someone who would not otherwise win. Primaries alleviate this problem by narrowing the choices to a few candidates, at least for the major parties, he notes.

“In some sense, this (the primary system) is fundamentally ‘undemocratic,’ but it’s highly desirable in practice given our majoritarian system,” he says.

If primaries did not exist, Hall says, it could return American politics to the time of “smoke-filled rooms” and more extreme candidates, as party brokers who run nominating processes are unlikely to be particularly moderate people.

“If we let everyone vote in the primaries without any structure, we might prevent the parties from being able to choose nominees who systematically reflect their platforms,” he says.

Still, key primary rules—such as who’s allowed to vote, party members or non-party members, and how many delegates are selected—are receiving lots of attention, he says. Hall expects possible changes to these rules at both the federal and state levels. For example, the Democratic Party of Hawaii currently is arguing a case in the US Court of Appeals for the Ninth Circuit that will decide whether its primary can be closed to non-party voters—it’s currently open.