The bigotry baked into welfare cuts 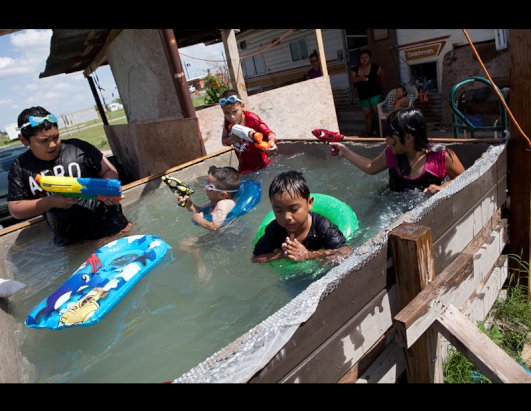 By Sanford Schram
The Conversation

The budget blueprint the House of Representatives recently unveiled isn’t a carbon copy of President Donald Trump’s proposal, dubbed “A New Foundation for American Greatness.” But they would both make what’s left of the already tattered safety net for the poor a lot weaker.

As a scholar of American poverty and the policies meant to alleviate it, I find that one of the most troubling things about these cuts is the role of bigotry. Like other politicians before him, Trump uses “dog whistles” – coded racist messages – to demonize the poor, signal that they don’t deserve support and justify cutbacks.

Trump is perhaps more apt to disparage noncitizens than some of his predecessors and he tends to be more explicit when he smears nonwhiteswhile using terms like “inner cities” as shorthand for African-Americans and “the illegals” to disparage Latinos.

If only the illegals were Tea Party members then Obama would get them out of the country immediately.

Consider what Trump told supporters at an Iowa rally in June:

“The time has come for new immigration rules that say … those seeking immigration into our country must be able to support themselves financially and should not use welfare for a period of at least five years.”

This baffled experts since immigrants are already barred from receiving welfare in most cases. But Trump has also proposed preventing undocumented immigrants from getting earned income and child tax credits, even if they have U.S.-born citizen children.

As scholars like Ian Haney López argue, Trump’s dog-whistling about newcomers casts them as nonwhites who pose a threat to white America.

This demonization has laid the groundwork for some of the harshest cuts Trump has proposed, which take aim at Temporary Assistance for Needy Families (TANF). The states administer this time-limited welfare program with strict work requirements, parceling out those funds as they see fit. Less than half of the money covers cash payments to the poor and child care programs. The rest funds job training and other priorities, such as encouraging marriage.

Spending on TANF has already fallen by a third in inflation-adjusted dollars since the federal government “reformed” the welfare system in 1996. Aid to Families with Dependent Children (AFDC), the program that morphed into TANF, supported 4.7 million families in 1995 – 76 percent of the nation’s poor families. By 2015, the number of poor families getting TANF benefits had fallen to 1.5 million, representing roughly 23 percent of that population.

Yet, Trump’s budget calls for cutting TANF by another 13 percent, a US$2.2 billion reduction in the 2018 fiscal year. Trump’s proposed cuts are not limited to TANF and span the entire safety net, including large cuts for spending on food stamps – now called Supplemental Nutrition Assistance Program (SNAP), as well as Medicaid, the Earned Income Tax Credit, housing assistance and other programs.

If the cuts go through, they will hit millions of low-income families hard. As spending on assistance has declined over the past two decades, the number of American families living on as little $2 per person per day has tripled, according to some estimates. The 1.5 million households in that demographic include about three million children.

Getting by on $2 a day requires selling plasma and resorting to other survival strategies, scholar Kathryn J. Edin explained in this PBS NewsHour interview.

Since Trump campaigned as a different kind of Republican who would not cut basic social welfare programs, his proposed budget cuts violate some of his promises.

“The forgotten men and women of our country will be forgotten no longer,” Trump pledged in his inauguration speech.

Here’s one explanation that I think explains this duplicity: He really only meant whites. Using bigotry to demonize immigrants, the poor and others helps solidify support among his base by playing on their prejudices.

When tea party Republicans started getting elected in 2010, they reignited a politics of bigotry to resist Barack Obama, the first U.S. nonwhite president. Michael Tesler, a University of California, Riverside professor, calls this the “Obama effect.” Trump’s candidacy and presidency have built on that resurgent prejudice.

Trump’s dog-whistling got louder when he took it upon himself to become a leader of the so-called “birther” movement to spread unfounded suspicions that Obama was a Kenyan-born Muslim, with comments like this one from 2011.

“Obama “doesn’t have a birth certificate, or if he does, there’s something on that certificate that is very bad for him. Now, somebody told me – and I have no idea if this is bad for him or not, but perhaps it would be – that where it says ‘religion,’ it might have ‘Muslim.’ And if you’re a Muslim, you don’t change your religion, by the way.”

Whereas Republican presidential nominee John McCain was quick to refute such lies when he ran against Obama in 2008, Trump indulged these smears . As he leveraged this racial resentment, he acquired support among a white nationalist base that endorsed his presidency.

Trump’s repeated smears about Obama’s nationality and religion were more than an attempt to discredit his predecessor. They not only conveyed a coded message that Obama wasn’t qualified to lead our country but by extension a sense that communities of color were undeserving.

Trump’s rhetoric amplifies an “us versus them” perspective that suggests his white supporters are the real victims. He signals that he will stand up for them and against supposed interlopers threatening their well-being and safety.

That is far from the case today. Only 30 percent of the families getting TANF benefits were black in 2015, while 28 percent were non-Hispanic white and 37 percent Latino. The remaining 6 percent were either Asian-American or the government put them into different ethnic categories. Combined, the number of non-Hispanic whites and Hispanic whites together total just over half the welfare population.

Welfare discrimination at the state level

In my research, I have found that bigotry colors how states administer welfare.

A 2001 study I co-authored showed that the generosity of a state’s welfare program tends to be correlated with the share of its beneficiaries who are white. States where people of color represent a majority on the welfare rolls generally make their benefits more meager and impose tough eligibility requirements. The handful of states like Oregon – where two-thirds of TANF recipients are white – usually run the most generous welfare programs.

Mississippi, for example, pays at most $170 a month to families of three that somehow get approved and enrolled. Only 1.42 percent of the state’s 11,000 TANF applicants last year managed to clear that hurdle, according to state data obtained by ThinkProgress. More than four out of five of Mississippi’s 14,061 TANF beneficiaries were black in 2015 and only eight out of every 100 poor families in Mississippi got these benefits. In comparison, 43 out of every 100 poor families in Oregon were TANF beneficiaries, according to the Center for Budget and Policy Priorities, a think tank.

Trump is only the latest politician to deploy dog whistles to leverage bigotry. Like the many other politicians who did this long before he joined in, he is using coded disparagement to justify slashing aid to people facing extreme economic hardship.