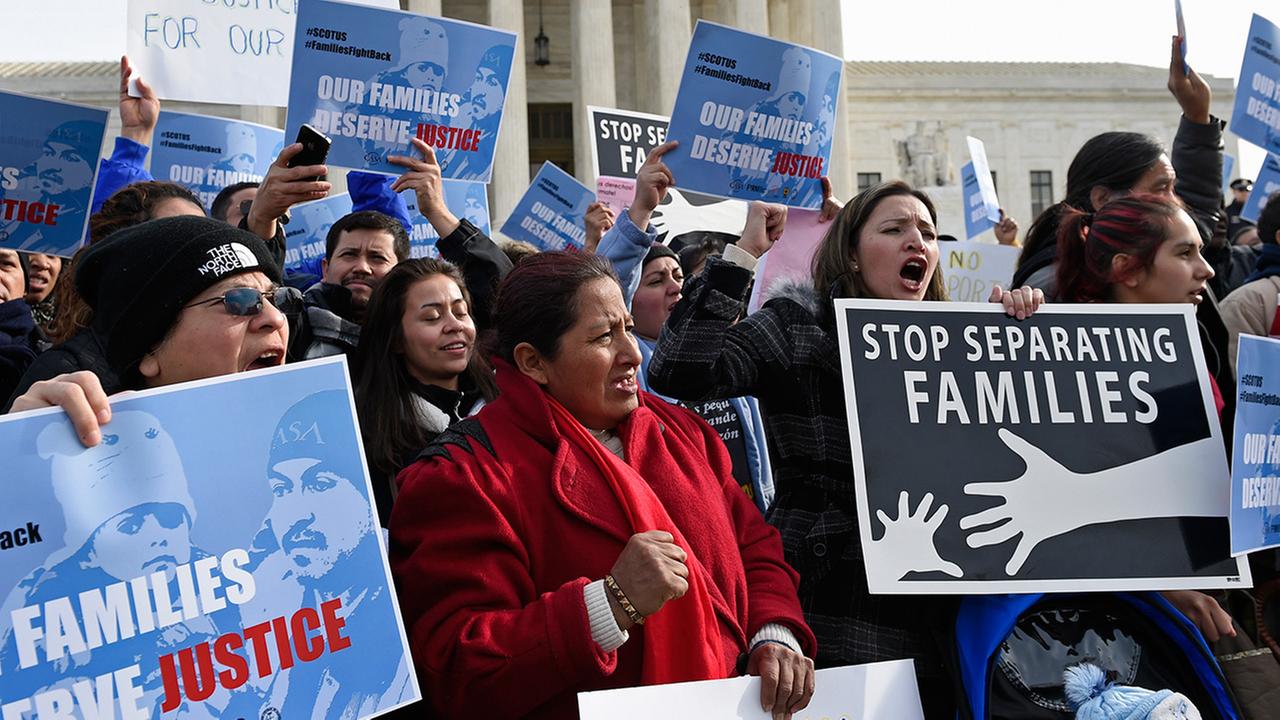 When the immigration, criminal justice and child welfare systems collide in a family’s life, deported parents are too often unable to hold on to their children. Five years ago, Race Forward (then the Applied Research Center) released the “Shattered Families” report, in which we estimated that at least 5,000 children were living in foster care after their parents had been deported.

We told stories like that of Josefina and Clara, who were arrested, detained and deported to Mexico after a false tip claiming they were drug dealers. They spent more than two years getting their children back, with the help of the Mexican consulate.

Many mothers weren’t that lucky. Encarnacion Bail, who was arrested by ICE through a raid at the poultry processing plant where she worked, was never reunited with her child. After almost a decade, much of which it took to get a Spanish-speaking lawyer, courts ruled that Bail had waited too long to fight to remove her son from the child welfare system. Just last year, the grandparents of a 3-year-old whose mother was incarcerated were denied custody because of their undocumented status. Child advocates have noted that immigration status should not factor into such a decision, given that kids are almost always better off with their families of origin, however poor or disenfranchised, than in foster care.

Our best hope of ending such permanent, legal destruction of families died last week when the Supreme Court wound up in a tie over United States vs. Texas.

While the immigration and child welfare systems could improve to make sure that loving parents would not have their family ties severed by the courts, our report predicted that if mass deportation continued, these numbers would grow over time. The only real way to make sure this didn’t keep happening would be by ending mass deportations.

This non-decision, a result of the Senate’s refusal to hold hearings about President Obama’s nominee to replace Justice Antonin Scalia, leaves in place the ruling from the U.S. Court of Appeals for the Fifth Circuit, which found that the president cannot issue executive orders that force states to cover the costs of unauthorized immigrants. The Deferred Action for Childhood Arrivals (DACA) expansion (the first DACA had a strict age limit) and the Deferred Action for Parents of Americans and Lawful Permanent Residents (DAPA) order are suspended indefinitely. Lakshmi Sridaran, policy director with South Asian Americans Leading Together (SAALT), says, “It never should have never come to this. The president was forced to take executive action because of a deadlocked Congress that refused to create a legislative solution.”

These executive orders have been our only beacon in an immigration debate that is, in my view, at its lowest point since 2005. In those days, more than a decade ago, immigration restrictionists had already made a (faulty) connection between terrorism and immigration.

By 2012, despite election season promises from both major parties that immigration reform was on the agenda, Congress refused to pass such reform. President Obama took action by signing two executive orders. He signed DACA in 2012, which would have provided temporary relief from deportation for young people who had been brought to the U.S. as children and who met certain other criteria. In 2014, the President signed DAPA, extending similar relief to parents of U.S. citizens or legal residents. He also expanded DACA by removing the age cap, though you still had to be born before June 15, 1981 to qualify. Neither executive order went as far as legalizing all of the people who are out of status, but it seemed the best we could hope for at the time.

And hope we did. For the first time since 9/11, we had the possibility of pulling millions of people who had been vilified out of the shadows. “When DAPA was announced, I felt a deep sense of relief because both of my parents are eligible for the program and would have deportation protection,” says Cristina Jimenez, co-founder and director of United We Dream. But, Jimenez notes, not all the parents of DACA-eligible people would find relief. Still, she says, “the fact that we had achieved another administrative victory gave me strength and hope that we would achieve more and that the power dynamics of immigration reform were changing.”

The suspension of DAPA implementation and DACA expansion reflects the degraded public discourse around immigration over the last two years. It comes in the middle of the most virulently anti-immigrant news cycle I’ve ever experienced aside from the immediate aftermath of September 11. The intense rise in the use of the i-word is proof enough. Even conservative communications guru Frank Luntz agrees that, as a noun, “illegal” is a racist slur. Many Americans, liberals and conservatives alike, enjoy proclaiming their support for “legal” immigration, saying that people should “get in line.”

The immigration system is endlessly complicated. What looks fair from the outside turns out to be not so evenhanded when you look closely. For example, there is a 7 percent limit on immigration from any single country. Denmark sends far less than 7 percent, but applicants from India—the second most populous nation in the world—would outpace the limit really quickly. This may be why Indians are the sixth largest group [PDF] of undocumented immigrants in the United States.

People will inevitably do whatever is required to ensure their family’s survival. A real forward-looking approach would structure foreign policy in ways that generate peace and prosperity in other countries, not just ours, while making it possible to unite families who find themselves here.

Many immigrant families include people with all kinds of status: citizens, green card holders, temporary visa holders and those with no papers at all. It’s easy to say, “Kick ’em all out,” but the people you want to kick out have children, siblings and partners who are not going anywhere.

The immigrant rights movement and its allies have been preparing next steps in the event of this bitter disappointment. That plan will include calls for a moratorium on deportations, stepped up deportation defense campaigns and an overhaul of the detention system, which is run by private prison corporations with very little oversight. SAALT is calling for the Supreme Court to hear the case again with a ninth justice on board. Many people intend to keep pushing for a permanent policy solution with a path to green cards or even citizenship. Such a path has always been part of Comprehensive Immigration Reform discussions—legalization in exchange for further militarizing the border and building up immigration enforcement agencies.

At this point, advocates like Sridaran and Jimenez are done with such trade-offs. “We will redefine the conversation about immigration policy at the federal level, which means thinking outside of the CIR framework,” says Jimenez. “We don’t want intensified deportation policies, border security and enforcement that ultimately aims at further criminalizing our community.”

Rink Sen is publisher of Colorlines and executive director of Race Forward.