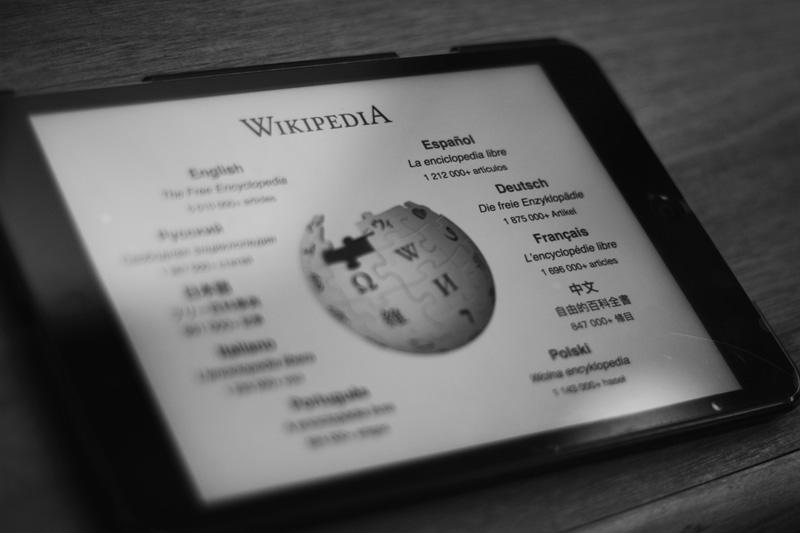 This year Latinos officially became the largest ethnic group in California at 39 percent, and according to U.S. Census projections, Latinos will make up 31 percent of the national population by 2043.

The past and present achievements of Latinos in America are various and far-reaching. But it’s now time for the Latino community to address the problems with diversity regarding an Internet platform that documents those accomplishments: Wikipedia.

There is a scarcity of American Latinos who write and edit for English Wikipedia, the free online encyclopedia to which anyone can contribute and participate. How serious a problem this is, it’s difficult to say precisely; the Wikimedia Foundation does take semi-annual surveys of its editors and administrators, but it does not collect statistics related to their ethnicity.

There is little doubt that Wikipedia’s racial and ethnic participation varies greatly in this country. And there is little argument against the idea that there is an underrepresentation of Latinos who write for Wikipedia.

When Wikipedia did its first survey in 2011 of people who write and edit its articles, an angry storm ensued when it was revealed that only 9 percent of Wikipedians were women. But there was no such outcry over the lack of other underrepresented groups.

Soon after, word began to spread that Wikipedia has a real problem with diversity. With about 90 percent of Wikipedians being males, it became apparent that many people who haven’t always been represented fairly throughout history, were now being unfairly represented in Wikipedia posts. From the black community to the LGBT community, there seemed to be a gap in Wikipedians representing these marginalized groups.

And Latinos too came to take notice.

Wikipedia is one of the first websites many people visit when seeking knowledge about something.

“It is important for Latinos to be part of it because it is a major source of where people get their information,” said San Francisco Poet Laureate Alejandro Murguia.

And what does it mean if there is a lack of Latinos editing and writing Wikipedia entries? What’s the harm? The answer: many topics may remain uncovered, or at the least these topics will not be given the attention they deserve. There is also the issue of bias: White males don’t always accurately portray topics that relate to minorities.

An American Latino’s history and experiences in certain ways doesn’t always mirror that of white mainstream society. And so from the trivial to the profound, Latinos aren’t fairly represented in Wikipedia when there is a lack of Latinos who write for Wikipedia.

Citation is another potential problem Latinos encounter when writing in Wikipedia entries. In the Wikipedia community, citation is God. Wikipedia wants secondary sources from books, magazines, and newspaper articles. But what about a very popular female singer who was very successful in the 1940s and 1950s in Texas, who didn’t get much coverage by the mainstream English-speaking press? Anecdotal evidence isn’t considered citation to Wikipedia.

In its defense, Wikipedia has argued that it simply reflects its surroundings. Wikipedia prides itself on being very democratic and egalitarian, open to anyone who desires to contribute. Wikipedia wants to represent the world fairly, and so far no one has argued otherwise. Yet, still this unfairness exists.

Wikipedia has begun to do something about its diversity problem, acknowledging that there is a systemic sexual and racial bias in the creation and editing of Wikipedia articles. The Wikimedia Foundation has also begun creating some outreach programs to see if they can help alleviate this problem.

One thing that is becoming popular in underrepresented communities are “edit-a-thons,” organized events where Wikipedians try to improve coverage of certain topics as they help people not familiar with editing learn how to be Wikipedians. Women and the black and LGBT communities are starting to take advantage of using edit-a-thons as a way of bridging the gap in Wikipedia’s sexual and racial makeup. And while Latinos haven’t made as much usage of these tools, there is much hope that they will soon.

While Wikipedia has supported these edit-a-thons, it has also emphasized that citation must always be maintained. Wikipedia is walking a fine line, in promoting more marginalized people to become Wikipedians, while also being strict about citation and stressing the fact that neutrality must always be present when writing or editing a Wikipedia article.

Peter Reynosa is a painter and author who lives in San Francisco. He recently self-published an e-book called “The Vulgarist.” He can be reached at peterthevulgarist@gmail.com

diversity, education, featured, inclusion
Previous Post FAFSA Application: Everything You Need to Know in 2016
Next PostWhy US investors claim half the treasure found in Colombia’s Caribbean

FAFSA Application: Everything You Need to Know in 2016
Comment
Why US investors claim half the treasure found in Colombia’s Caribbean