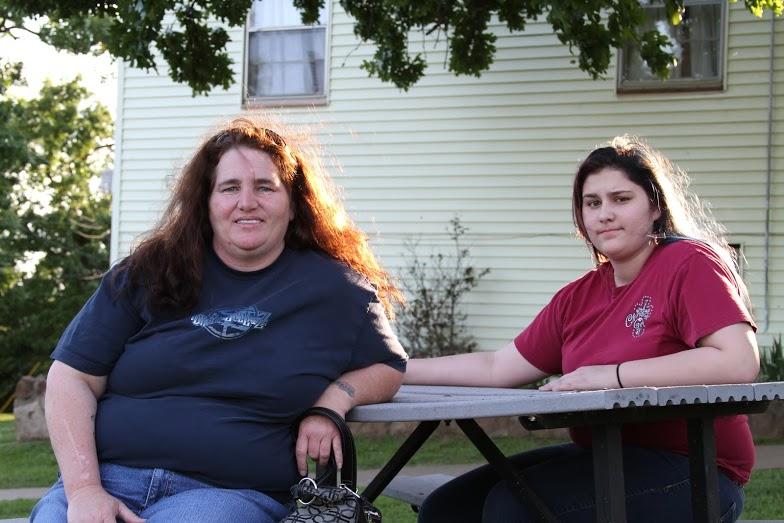 A resilient economy and low unemployment have done little to stem the tide of students who are finding themselves homeless in Oklahoma.

Despite a five-year oil and gas boom and falling jobless rates, growing numbers of youths are finding themselves without a bedroom to call their own – a trend seen across the nation.

Tonight, thousands of Oklahoma children will fall asleep on the couches or beds of friends or relatives, according to data reported by school districts to the state. Those adults have no legal obligation to care for the child or their family and can kick them out at any time.

Hundreds more will stay in a hotel or motel. Others will sleep in a shelter or on the streets.

The surge in homeless students has raised alarms among school officials, lawmakers and child advocates.

According to data collected by the Oklahoma Department of Education, the number of homeless students shot up by 43 percent over two years, from 17,539 in the 2011-2012 school year to 25,114 in 2013-2014. Figures for the recent school year are not yet available but are expected to exceed last year’s total, education officials said. The state’s numbers also grew just after the recession of 2007-2009, federal data show. 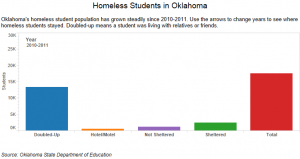 The rising counts spurred a state legislator to author a bill this year that requires the state to gather more precise data on homeless children. The bill, offered by Sen. Kate Floyd, D-Oklahoma City, and signed by the governor in April, will be used to shape future state policies addressing child homelessness.

The increase comes as a surprise to many education officials in light of Oklahoma’s economic growth.

“We’d expect to see this when there’s an economic depression,” said Kathy Brown, a homeless student liaison at Oklahoma City Public Schools. “But this was occurring before our current hit to the oil and gas industries.”

The reasons for the mounting problem are not clear, although experts point to…