Prospects Are Few for Undocumented Immigrants in Failing Health in Oklahoma 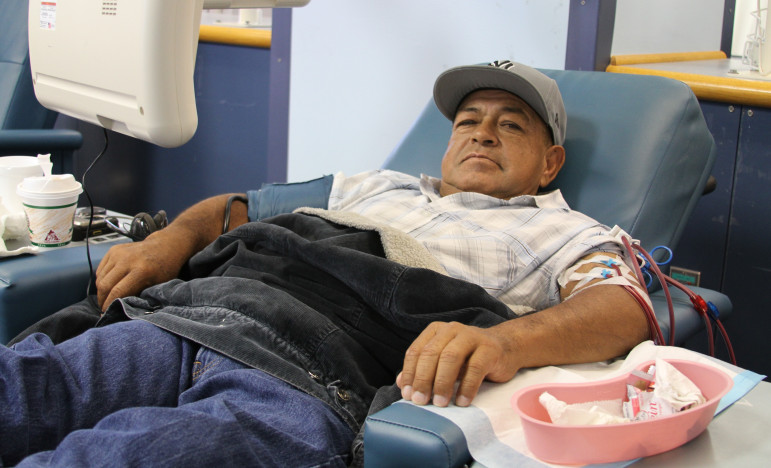 When they’re ill, they borrow medicine from relatives or get discounted prescriptions from a community health center.

If they’re hurting from an ear infection, back sprain or other painful injury, they may go to an emergency room.

If they’re depressed and can’t sleep or function well, they may wait for months to see a Spanish-speaking counselor.

Undocumented immigrants in Oklahoma subsist on the edge, not only in terms of finding jobs and places to live, but also in gaining access to basic, continuing medical care. Their access to care is as limited as it is for uninsured legal residents. They also may have little chance of gaining health-care coverage in the coming decade.

Under a proposed immigration reform bill in Congress, illegal immigrants would get provisional legal status and could legally hold jobs. But for at least a decade, they would remain ineligible for Medicaid and could not use tax credits to buy insurance on new health exchanges created under the Affordable Care Act.

Their best shot at insurance would be through an employer. But many immigrants work for small employers who don’t offer health-care coverage.

In Oklahoma, where Gov. Mary Fallin has rejected federal money to expand Medicaid, a recently-released summary of draft recommendations for a state plan to cover the uninsured using private insurers makes no mention of undocumented immigrants.

In the end, the still-growing population of undocumented immigrants in Oklahoma — estimated by the Pew Research Center at 75,000, most of them from Mexico — will likely continue to seek treatment in emergency rooms and free clinics or go without treatment until a health problem becomes too severe to ignore.

People like Rodrigo Ponce of Oklahoma City adapt any way they can.

Ponce’s kidneys are failing so he must seek dialysis twice a week to clean the blood in his system. His daughter, Deisy Escalera, goes with him to doctor’s appointments and helps him manage payments as Ponce’s care racks up debt.

Both Ponce, 52, and Escalera, 23, are undocumented immigrants from Mexico. Ponce came to the United States when he was 16, seeking better economic opportunities. Escalera was brought to America when she was 6 after her mother came to visit her aunt. Her mother realized Escalera would have a better future in the U.S., so she stayed past her six-month visitation period.

Ponce, who declined an interview, doesn’t have health insurance because his status bars him from federal aid. Escalera said private health insurance plans they have viewed require Social Security numbers. He relies on help from his son…